Weekly roundup - nice roast lunch at work, did some drawings at South Bank, visited Tate Modern and discovered an agency

May 26, 2019
Another long week at work, it's very busy! Anyway, pretty uneventful though I spotted by the Southbank centre a few times to do some drawings. 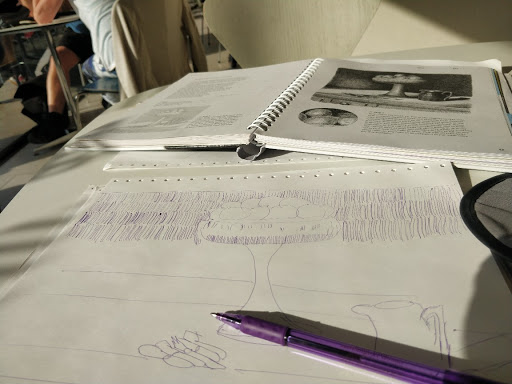 It was nice and sunny so rather than rush home, I decided just draw from the book while just observing the world around me. 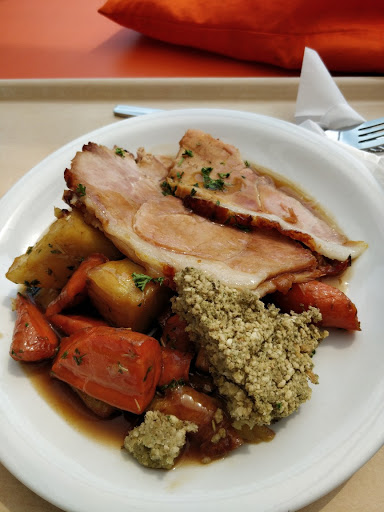 This week at work, they served a nice roast dinner with gammon- you can see it had all the trippings with stuffing, and roast vegetables and potatoes. Excellent value.  Apparently, one of the head chefs have left - he was very very good - the best soups I've ever tasted, so the replacement was trying new things.

My only issue was she didn't do wraps - no picture to show. They advertised wraps and all she did was put the flat bread, tortilla on the plate and then the topping. I asked wasn't she going to wrap it? She was like no. ... Okay, I think that's a problem, especially when it was advertised at a wrap. Anyway, I made my mind to be selective, and it didn't taste that good anyway!

I need to start to take lunch because I've put on a few pounds since joining my new work place, so maybe it was for the best. It's just I like a hot cooked lunch, and going to the work cafeteria takes me away my desk. 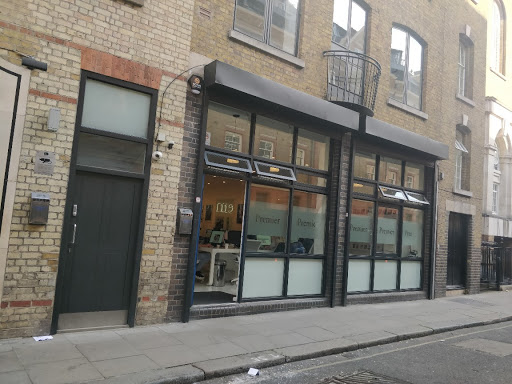 Late in the week,  I decided to walk past Convent Garden and in a side street, I discovered where the top model agency Premier was located and to think, I'd walked past it countless times in the past but never noticed. I guess what drew my attention was the door was open - it was pretty warm day, but you'd think maybe they had air-con. Then again, it's a very old building and sometimes  I assume, it's easier to open the door than pullout a noisy portable one.

It's a bit like a shop front, with a wall covered in models headshots, typically those used in castings. It had several posters of magazine covers, and rows of beautiful women, clicking away on what I suspect were apple macs, probably taking booking. So now I understand why Convent Garden is a major place of scouting, because it's literally like sixty seconds away from their office.

I keep wanting to feature Convent Garden but it's a huge location, so its like do I add Neal's Yard? Long Acre? What about Seven Dials? Like it's a massive hood down there. Also its turned really commercialised over the last few years with big brands moving in and hiked up rent prices forcing smaller ones too close. So in a way, it feels very clinical with all the top designer brands, just another shopping mecca that can be found in any world capital. A lot of the character has been lost, and this has been a slow drain over the last ten years, probably even from before. Anyway, I don't fancy going on a moan...so I'll see. 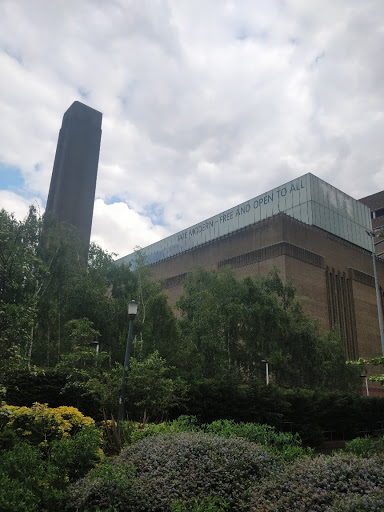 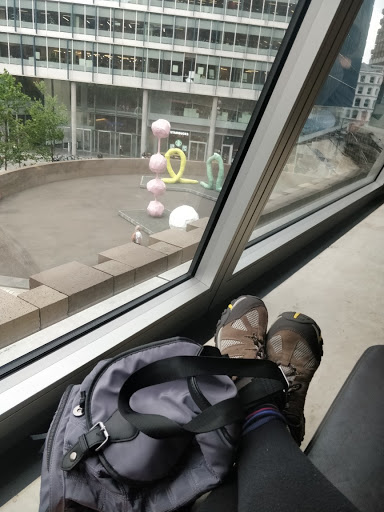 On Friday after work, I dragged myself the Tate Modern gallery which I reported on. It was okay but slightly depressing with some exhibitions. The above is a picture of my shoes and some of the installations at the back of the gallery.

After my rest, I decided to walk over the Black Friars bridge. There I met a gentleman who had a shoeshine enterprise for donations. We got chatting, and he said he'd being ill for a while, had a heart attack but had just gotten out of hospital. Anyway, he told me a bit about his enterprise and plans. He was a mariner by trade, but setting up this enterprise to help homeless people, a bit like the big issues. He'd offer training and support. Then he gave me his philosophy in life: don't be racist, don't be prejudice, don't talk religion or argue over it, and friendly and smile, have a chat. 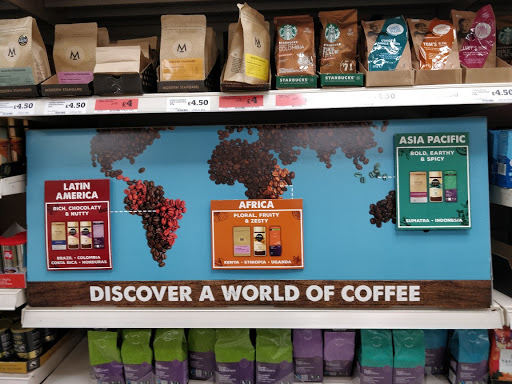 On Saturday, I went shopping with Big Momma. I tend to occasionally go to Dalston's Sainsbury, it's quieter and less hurried than the ones around me. It's peaceful shopping there. The ones near me, have a made rush by 8.30-9.0am, and it continues throughout the day. The aisles also tend to be cluttered with staff restocking shelves so Dalston suits me fine. There is also a nice West Indian bakery which makes the most delicious spice bun. I'm not a big coffee drinker but  thought the display looked interesting.

Apart from that, I still editing the novel, I read a friend's novel and provided my thoughts on it, and I did some critiquing on the Scribophile, not much.