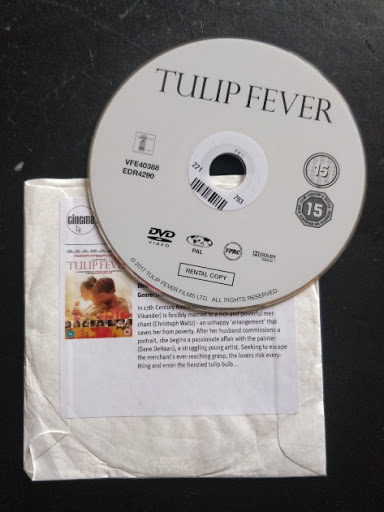 Oh the story? An old geezer marries a young woman and commissions her portrait. Soon for no reason at all, the young wife and artist starts to have a torrid affair. You know it's torrid by the number of sex scenes in the film - probably too many. There is the parallel story of the maid and her love affair. Basically the young wife embarks on an elaborate plan to be with her lover, and it goes a bit weird, saying this the plot is very convoluted.

Even though set in Holland, it's mostly an English cast, Cara Delevingne is in it, - hard to miss our Cara especially as she loves to steal the scene, she features in a minor part, and so does Johnny Vegas, and Dame Judy Dench.

It has it's good moments, but overall a big miss from me.