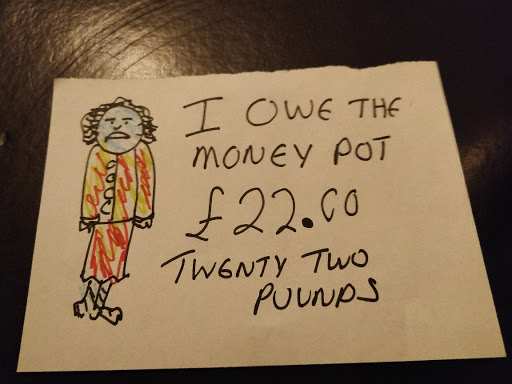 No money this week. Yes, the coffers are empty so I'm writing an IOU for the tune of twenty-two pounds. It's just being a very busy week, and frankly putting money in a plastic jar has been the last thing on my mind. So I just draw this up, you can see I'm feeling blue. 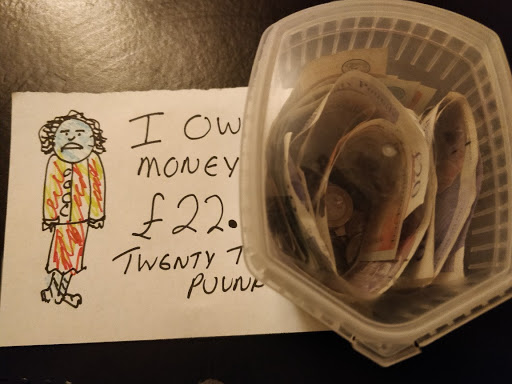 So now I'm a debtor the money jar. Can you believe that? I wanted to quit the challenge - well cut down my number of posts, but Big Momma advised it was good to see this though. Let's hope I catch you. I'm not feeling this money saving thing you know? I mean why would I want to pay this money I owe to the jar. It's a lot of cash. I feel like telling the jar 'you snooze, you lose'. Let's hope I catch up. 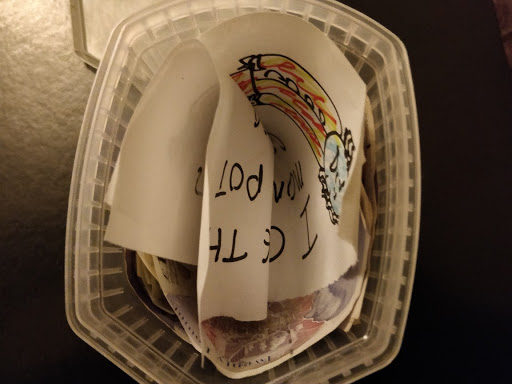 So it's now in the money jar. Some time ago, in the library, there were two teenage lads fighting over five pounds. Both laid claim to the money, one said he gave it to the other, and the other claimed his father gave it to him. Rather convoluted story. Anyway, eventually they were both chucked out for making noise. Money is serious business. So until next week...maybe I'll swap the IUO for real money, but will be double the amount plus one pound more. Not feeling this.