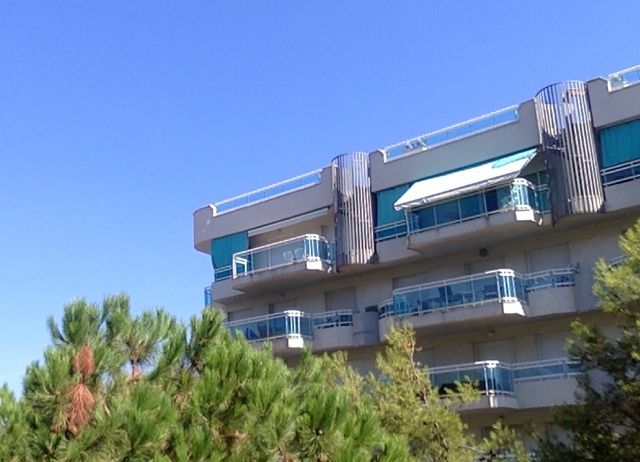 Using the book, How to Edit Your Novel by Corner-Bryant and Price, I outlined that to the course outline below.

Aim: Understand the purpose of dialogue and how to juggle context, text and subtext. Explore ways to use description to kick-start the reader’s imagination, and blend dialogue and description effectively within the parameters of POV.

Outcome: Red-pen and rewrite one short scene to make more of your description and dialogue (to include infrastructure, scene-setting and dialogue/cushioning). Edit your Novel Course - https://www.profwritingacademy.com/edit-your-novel-the-professional-way

Scene Summary: Angelica is working late and Leyton needs some support on a London trip. Since this is a deleted scene, there are no big spoilers.

Angelica heard the door and looked up, it was Leyton. He looked deliciously sexy in his suit, and his shirt was open at the collar with no tie. She felt a flame of desire in her belly.
‘You were the office manager at Bowen?’ he asked, but it sounded like a statement.
Still taken by his sexiness and the smooth voice she could only nodded.
‘Yes, I did most of administration with one assistant, and I also helped prepare the plan for the takeover.’ She trailed off, only she hadn’t been part of it.
‘Good. I need you to fly out to London tonight,’ he said.
‘Excuse me…London?’ she asked. ‘I don’t know.’ Angelica didn’t know if he was serious or not.
He walked into the office. ‘You have a passport of I recall correctly, and I need some administrative support on this project.’
‘I can’t,’ she said, rising from her desk. ‘I can’t just drop everything for you.’
‘I’m not asking you, Angelica.’ He paused. ‘You are about thirty minutes drive, so in an hour a car will pick you up.’
‘And if I refuse…I’m not going to be bullied by you Leyton…not you or anyone.’Angelica’s voice rose.
‘Consider your role terminated, and you’ll get two weeks pay as per your contract.’
‘You can’t fire me!’ Angela said, shivering, her debts mounting in her mind.
‘I’m not asking you to sleep with me, I’m asking you to take on an assignment.’
His phone rang and turning slightly away from her, he took the call.
‘Nobody in your team appears to be available,’ he said. ‘Yes, but apparently she doesn’t think it’s not in her job description…I hope so too, cousin, bye.’
Suddenly he looked tired. ’It’s okay, Angelica, I’ll get the support I need in London, Sherri has it under control.’
‘I’ll clear my desk then.’
‘It will be okay.’
---scene end----

I found dialogue and description  mapped out to chapter Chapter 6 in the book with the title Dialogue and description - bringing your story to life. This chapter was roughly divided into two sections - one of dialogue another description.  I went through what Corner-Bryant and Price said dialogue should do, and I roughly marked up my dialogue based on what they said.  I don't normally do this because  most of the time I work on instinct but I thought since I was blogging it was good to try it out in depth.

The chapter was also dense with about eighteen pages, with samples dedicated to dialogue, so  I skimmed and only took what I thought was relevant. It was a good exercise because I thought Leyton was coming over like a sleazeball alpha male hero in his demanding attitude and then firing her. I also thought the beginning was too long, with lots of redundant dialogue so I was able to cut that out.

Description section.
This was section two of the chapter and went on for about twelve pages. I found this part difficult and I wasn't too keen on the examples in the book however I still worked through it.  Corner-Bryant and Price gave three levels of description,  infrastructure, scene-setting and dialogue/cushioning, to be quite frank, I rarely use the first and last. I tend to only use scene-setting. So with the outcome


Scene setting Outcome: Red-pen and rewrite one short scene to make more of your description and dialogue (to include infrastructure, scene-setting and dialogue/cushioning).

So below is my rewritten scene.

Angelica focused on her screen, trying to finish the report due the next morning. The large open plan office was quiet with the tapping of her fingers on the keyboard and smelt greasy like a fast food stall.  A coworker had thrown a half eaten burger in the office bin and the smell was making her stomach churn. She was tempted to take out the bin outside but couldn't spare even the extra seconds to do that. She needed to finish the report.
Suddenly she noticed she wasn't alone anymore and looked over her computer.
Leyton.
‘I need someone to fly out to London tonight,’ he said, standing in the doorway of the office. He looked impossibly handsome in his bespoke tailored suit as he looked round the office, frowning. She followed his disdainful frown to the overflowing wastepaper basket which contained the offending half eaten burger.  He had probably never been to that part of the building.  Her crowded office of ten coworkers was a far cry from his luxurious office space on the upper executive floors.
'I guess it will have to be you.'
His voice brought her attention back to the present.
‘You want me to go London with you?’ she said, not looking directly at him. What was he up to? She didn't trust him.
‘I've been summoned to a family board meeting in London, and I need admin support on this trip. Daphne my PA is on vacation.’ He walked to her desk and stared down her. 'I was told everyone in this team could travel at short notice. I expect that includes you too.'
It was the truth since she was asked if she had a valid passport for travel at the interview.
‘I'm already assigned to finish this report due tomorrow at 10am,' she countered.
‘This isn't a request, Angelica,’ he said quietly.
She glanced at the report on her screen, it couldn't be late. It was directly related to keeping her job after the disaster at the weekend convention had been blamed on her.  Her boss Sherri had hinted any more mistakes and Angelica would be looking for a new job.
‘I've got to finish this.’ She couldn't afford to lose this job, not with her mounting debts dancing in her mind. Leyton may be the CEO, but Sherri her direct boss was a bitch to work for.
'Are you saying no?' It was a simple question but Angelica heard the silent fury in his voice. 'I’m only asking you to take on a work assignment, a function of your team, if I recall.’
She blushed, remembering their two passionate encounters. But to London? Alone with him?
Suddenly his phone rang, and slightly turning his back to her, he pulled it out from his jacket's inner breast pocket. 'Hey, Sherri, nobody in your team is available,’ he said then paused to listen. ‘Yes, but I have just spoken to Angelica and apparently she has an urgent report....No, I'm not telling you how to run your department but frankly, Sherri, I'm tired of your fuck ups, first at the weekend convention, now this.  So just get me what I need, after all that's your job.’
He slipped the phone back into his pocket, and turned back to face her and glanced his watch.
Angelica cringed at the mention of her boss's name. 'You never said Sherri asked you to come here.'
He shrugged. 'Does it matter if she did? Anyway I'll leave you to your urgent report, it's obviously top priority.'
As Angelica watched him walk out of the office, out of the corner of her eye she noticed a flicking email alert from Sherri labelled urgent. Sighing, She clicked it, knowing Sherri will probably tell her to go back to Leyton.
But as she read the email, blood drained from her face.
Sherri had just fired her.
-----------end scene----------

I followed the instructions in the book as much as I could. I'm missing something vital, however as a demonstration, I'm pleased since it's however it gave different results to my rough draft, especially the dialogue part. It's a draft-in-progress ready for the next stage.

What do you think? There is still much to be done though....

This week's goals for week of 19th

Show-stopping Scenes
Aim: Learn how to prioritise material so that each scene has a clear purpose and direction, using questions and answers to increase tension and make scenes shine.
Outcome: Check that each scene in your first 10,000 words is really needed and rewrite one full scene implementing the techniques you’ve learned.

There is no direct scene chapter in the How to Edit Your Novel by Corner-Bryant and Price, instead there are a few sections on scenes tucked under different chapters. I'll be mainly using the scene section in chapter four under plotting and I'll do a rewrite of the deleted scene.  Will the version change much? We'll see for next week.