Weekly Round up: More walking in London, Commercialisation of the Harry Potter Trolley at Platform 9 and three quarters, Kings Cross, Day trip to Leeds.

May 12, 2019
It's been another busy week at work, however I've taken to doing some walking because I felt I was just sitting down too much in one place, plus I had no excuse because of my new walking shoes. So rather than take the bus, I just walked, and took pictures like a tourist...or visitor. 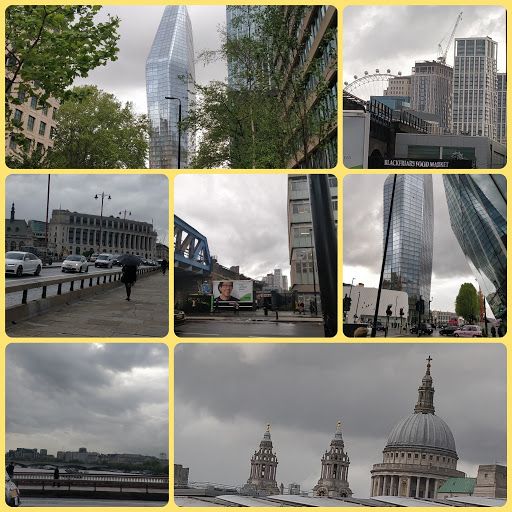 The other is the London Eye, then the bridge. More popular are St Paul's Cathedral, I'll do a real one of that in my London Hood park.  So that was me just having a bit of walk. I'm aiming to walk for a few minutes everyday. So I'm walking past a few bus stops and train stations - on the other hand, I feel I'm not getting full value of my fare. London bus fare are flat, so there is that bit in me, but heath over money,  I'm trying to think! 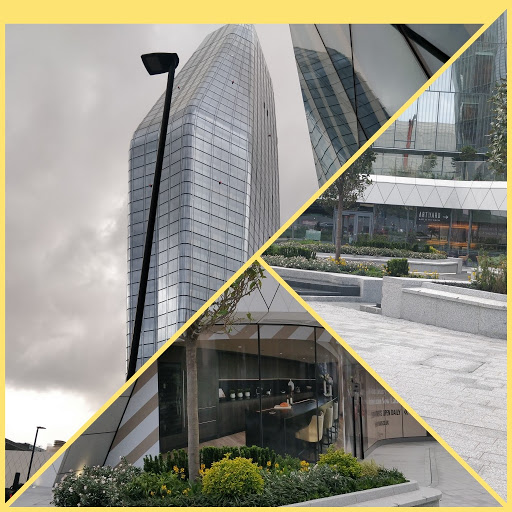 This is the a new development which is quite strange because as you approach some people are just hanging their washing out. These are luxury flats but they still have their underwear hanging on ranks outside the window. I'm thinking of locating one of my characters in one of the blocks only it will be on the other side of the river. Yeah...I thinking of a sense of place for Leyton's apartment block. So it may be based on this one. 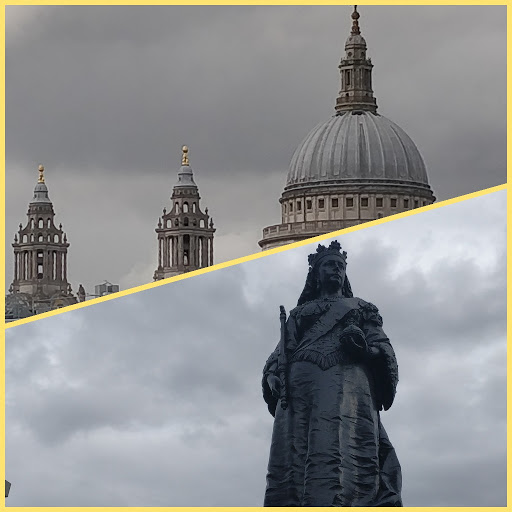 This is better picture of St Pauls and a statue of Queen Victoria at the foot of the bridge. Or the start of Victoria Embankment.


No Movie Night - DVDs lost in the Post/mail

I got to the cinema once in a while but I belong to a DVD club however it went missing, I think it was probably due to the bank/public holiday. At times there can be a backlog, I didn't even notice because of work.


Leeds for a day: Commercialisation of Platform  9 3/4 at Kings Cross. Where is the Harry Potter trolley? 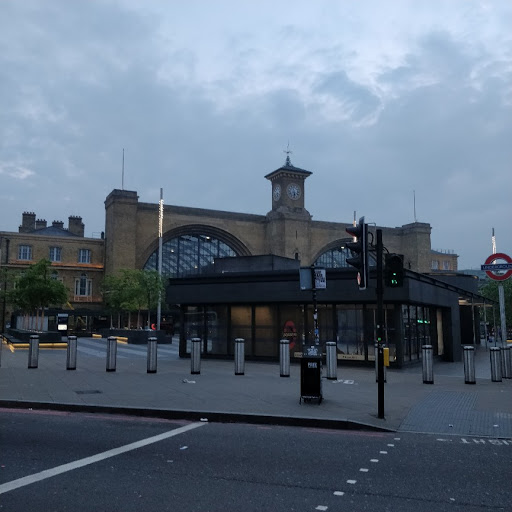 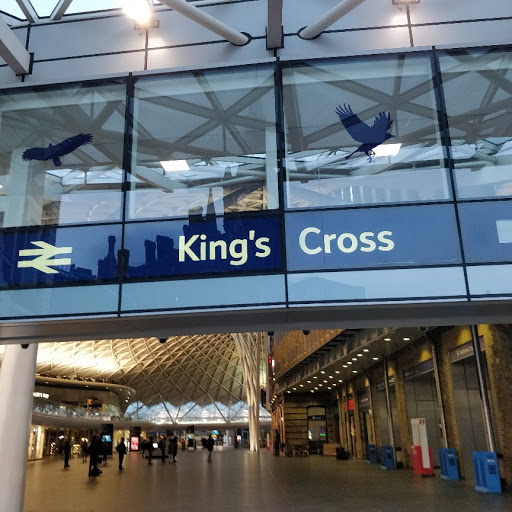 Since I was getting the early train to Leeds, I decided to go a bit early - like 5am early to see if I could get a photo opp for the blog with the Harry Potter trolley at Platform 9 and three quarters. 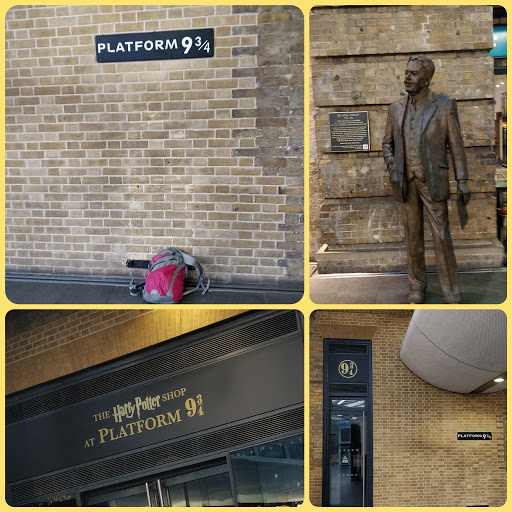 But NOT TROLLEY! Can you believe this!  Anyway, I took the picture, sending my bag off to Harry Potter land. 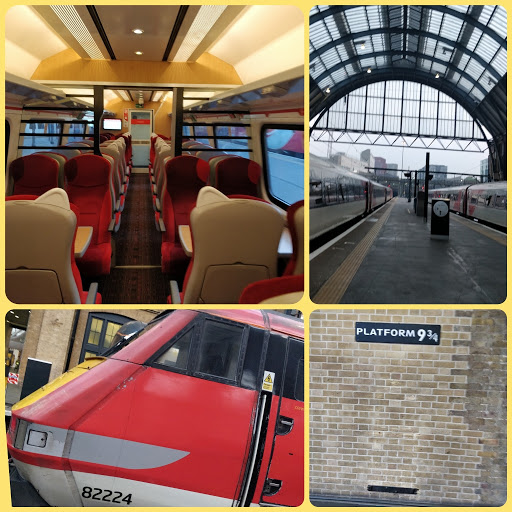 Nothing much on the trip apart from fields. I've never been on this route before. The first time I went to Leeds was from Manchester, and that was a short hop on the regional train service. So it was a different landscape. 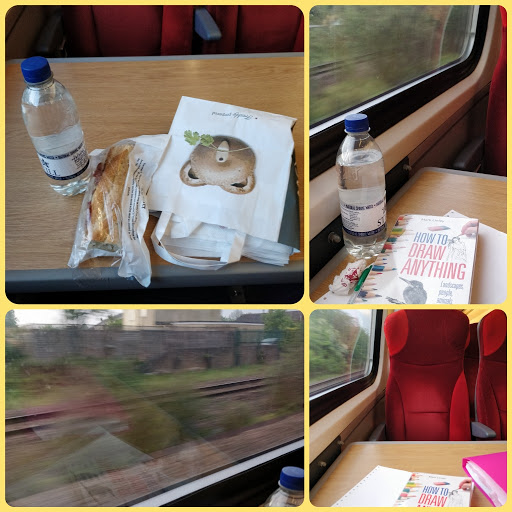 keeping busy on the train. Then I arrived in Leeds which was a nice and different. Much more laid back than London, and pleasant in a way. People seem to enjoy life more. 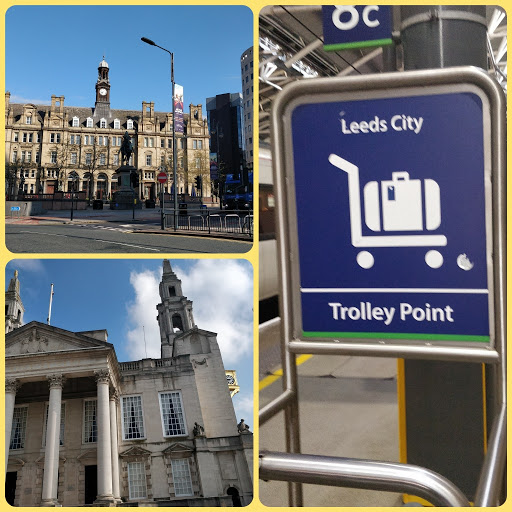 The writing event was more an industry thing and was very nice and informative! Great panels.  It was mostly published authors so I was a little out of my depth with the conversations. But it was nice to see so many romance authors in the room.  It wasn't how to publish or anything but just a writer's event.  Spotting me won't be so hard....I mean really.

Finally I came back into London and guess what? Oh yeah, the TROLLEY had appeared. This was 9pm and the queue was going strong. 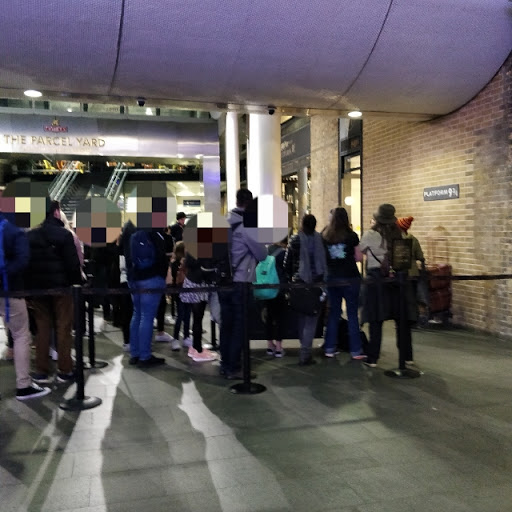 The queue outside the Harry Potter Platform. 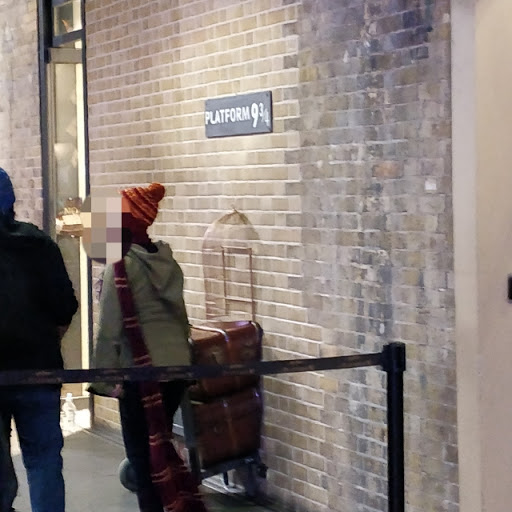 The lucky Wizard to go next...

However I was too tired to join the queue so I just went home. But at least I know now the HP trolley has its own working hours.