My London Hood: Walking from SouthBank Centre to Trafalgar Square 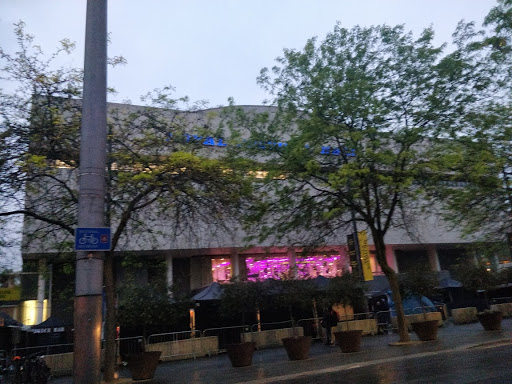 I arrived at Waterloo in the rain and took a picture of the Royal Festival Hall at the South Bank Centre. Actually, I'm still not sure if these two are separate entities in the same block. I've been here for a few concerts, which are normally reasonably priced compared to the O2 in Greenwich. Normally a good place to check for events once in a while. I didn't go down to the harbour level where they have a skateboarding area - or an area high jacked years ago by skateboarders. 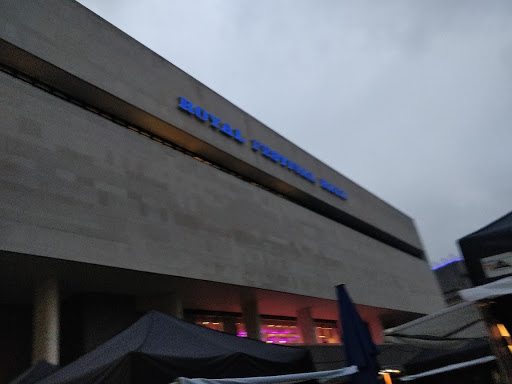 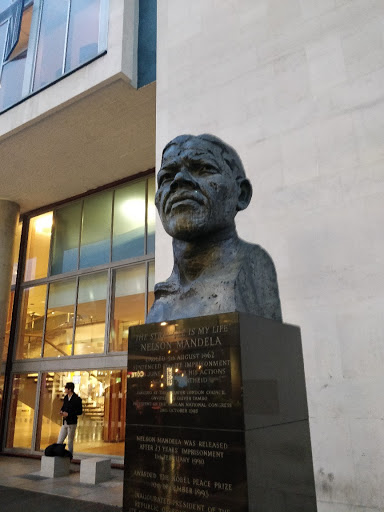 This the bust of Nelson Mandela outside the entrance, or should I say one of the entrances of the hall. After going inside, I then decided to walk over the footbridge to Charring Cross and to Trafalgar Square. I was pointless saving that for another blog post. 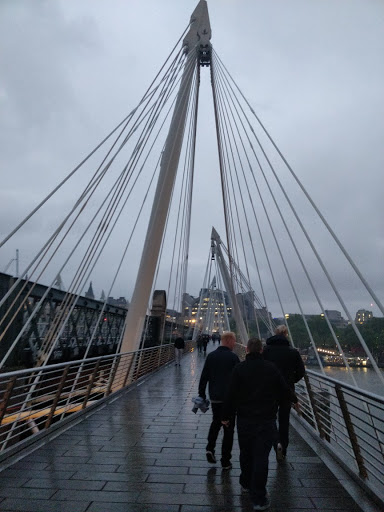 So in the rain,  I walked over the footbridge taking pictures. As you can see the weather is pretty grim  with dark clouds in the air. Not a big deal since I was wearing my new purple rain coat. It's about a five minutes walk though Waterloo bridge is much longer, I think it's to do with the way the Thames River flows, it's not a straight river per se. 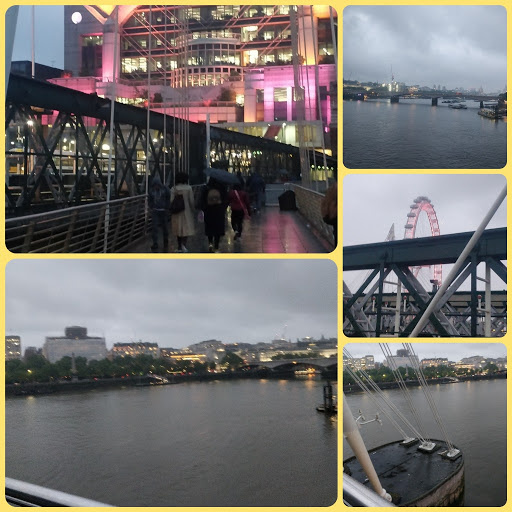 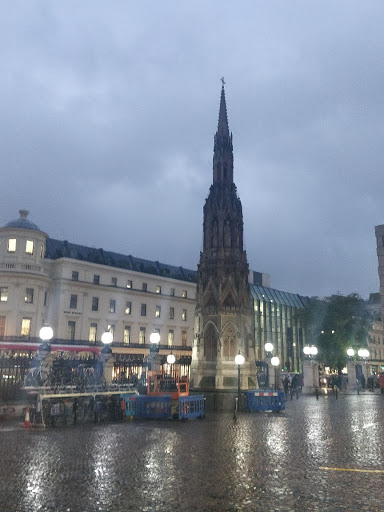 This is Charing Cross Station courtyard. I'm going to give up the day job to be a travel writer, so that profession is safe. Anyway in less than a minute I was at Trafalgar Square.  Below is a picture of the the majestic looking National Portrait Gallery. It looks like a palace doesn't it? Hmmm, all these building are making me think of historical novels, yet another safe from me in the meanwhile. As you can see it's pretty wet. 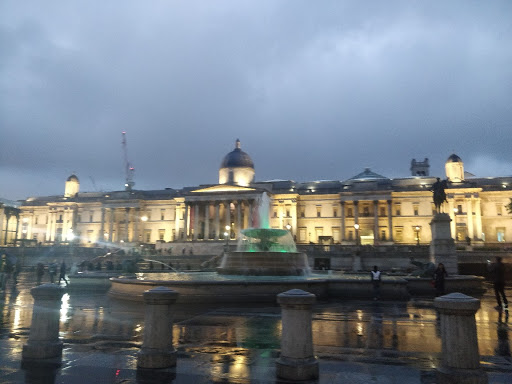 If it wasn't late and raining and I wasn't tired, I probably would have gone to Pall Mall. 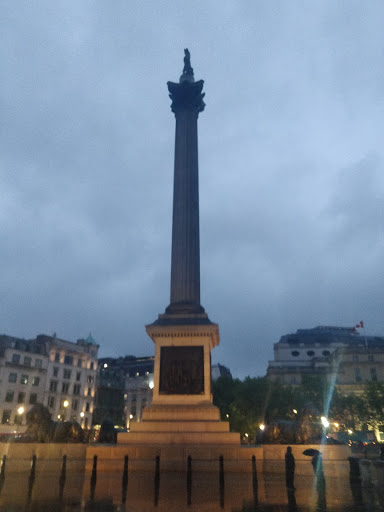 Then I took pictures of the lions guarding Nelson's Column.  All the pigeons have gone! The falcon got them. I think they were considered vermin by Ken Livingstone, the first mayor of London. He got them with the falcons. So it's a pigeon-free area now. When I was a kid, you could actually buy seeds to feed them. 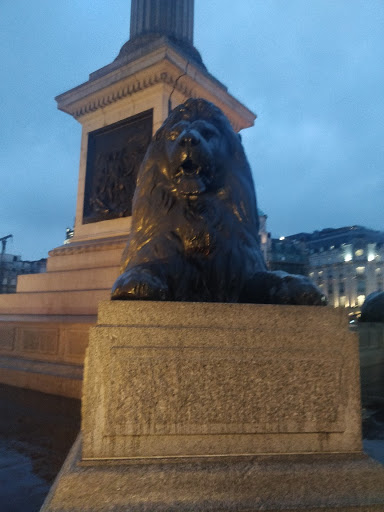 Below is a picture of the Crypt which has a great restaurant in the basement....crypt and serves the most delicious food for a reasonable price. 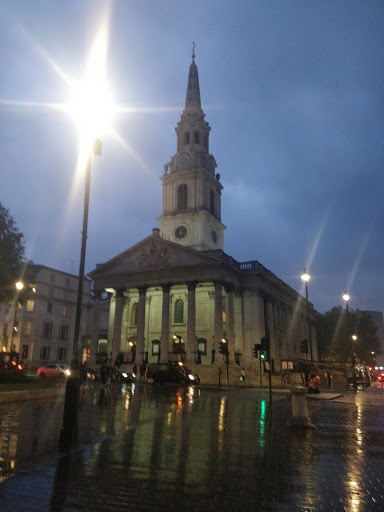 It also has services, and free concerts at times. In terms of seeing all the sites, London is pretty compact, most things are about five to ten minutes away from each other. You could probably do all the major sites in a day or two.