My London Hood - The Tate Modern

May 25, 2019
Modern Gallery make you think of the world as it is today. I just wandered around the exhibitions in the Tate modern and  seemed focused on oppression of humanity - focusing on the poverty, wars, sexuality, violence, conflict, the underdog and gritty. 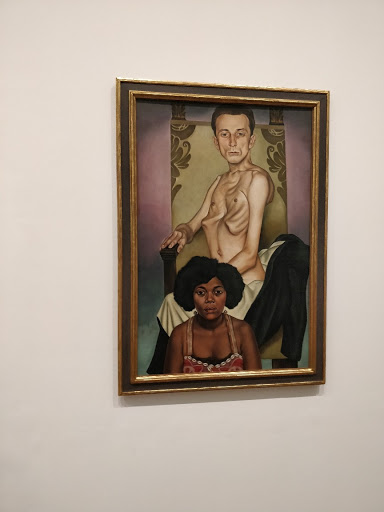 This was a picture that captured my imagination because it looked so modern. This is a painting by German artist Christian Schad  called Agosta, the Pigeon-Chested Man, and Rasha, the Black Dove 1929 is a large portrait-orientated oil painting of two funfair performers. https://www.tate.org.uk/art/artworks/schad-agosta-the-pigeon-chested-man-and-rasha-the-black-dove-l02264 So in typically America-speak when I saw my people, I had to stop and take a picture, therefore homegirl, Rasha, the black dove is headlining my blog. In those days, I guess the only work she could get was as side-freak show but she is very beautiful, modernly so. It also made me think of what happened to all the black people or people of colour during Nazi Germany, they all had the same fate in concentration camps. 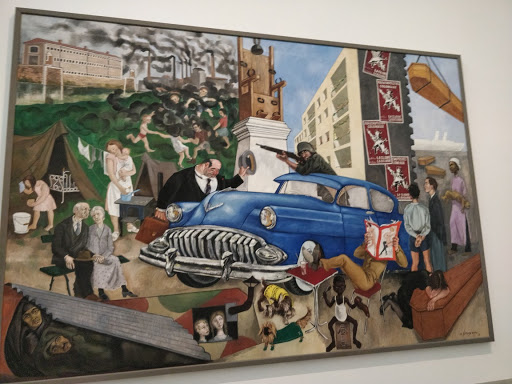 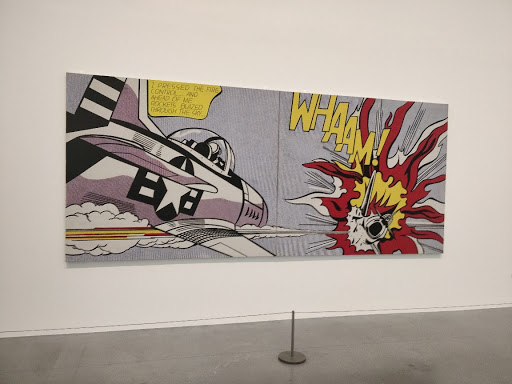 Simple drawings have an impact. Like this comic book style painting, it easily takes up a whole room with high ceilings. If you think of a concert in a large arena this can easily be the backdrop. This is  Whaam! 1963 by the American pop artist Roy Lichtenstein. However just looking at it in the room which is bare and stripped you feel that is another person just obliterated. The pilot probably had family, people who were concerned etc. It's a close up on the impact of war. It was very poignant.

These pictures are very large so prints and pictures in books don't do them justice.

It actually reminded me when me and Big Momma when for a Star Trek convention and exhibition in Hyde Park. They had life size sets of the space craft, you could sit in Captain Picard's seat, but all of a suddenly it hits home this series is about war on the frontline. It was so realistic it was scary, and I think it put Big Momma off watching Star Trek. 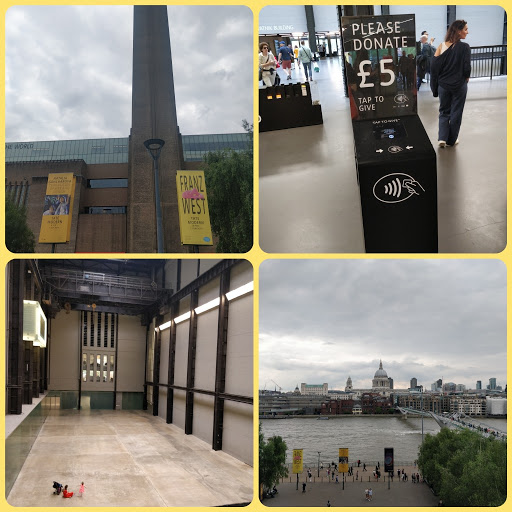 Before I digress off again, the Tate Modern is a gallery situated on the London South Bank area in an old powerhouse. It feels like an abadoned space ship or sparse dystopian world. All grey and concentre but the exhibition spaces are large and wonderful. You can also see wonderful sites of the city from the upper levels. There is no entry free but they appreciate a £5 donation, they even have contactless payment terminal as you can see above. 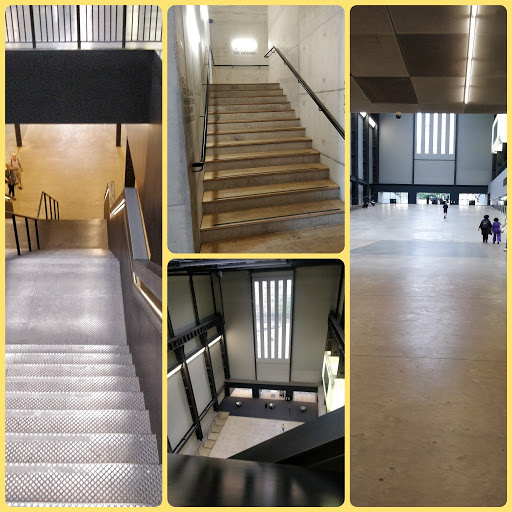 Another poignant painting, again oppressive. It's hard to find anything of beauty without an underlying message. Even the colourful and bright stuff had an underlying gritty message. 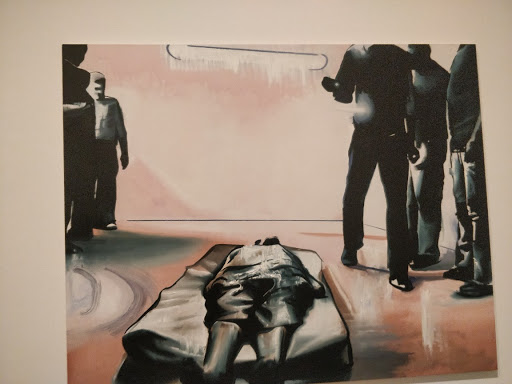 What captured me about this oil painting was the sterile effect the painter managed to create. You can't see it but he used blobs of white paint for effect. Like I said, pictures don't portray the sheer genius of this. I didn't get the artist's name. However again it's another large painting. I guess if I stood next to them, you'll get a feel for how large there are. 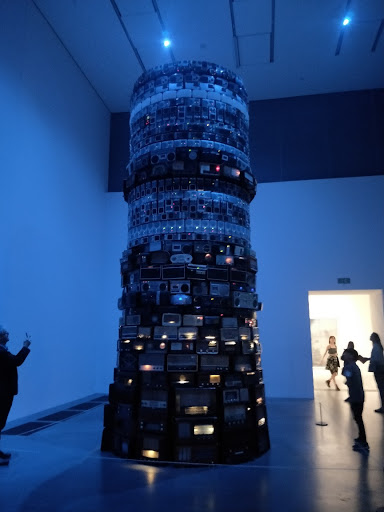 This was a tower of radios, all sorts of radios. I think this was about media and therefore communication. There was a sinister undertone. 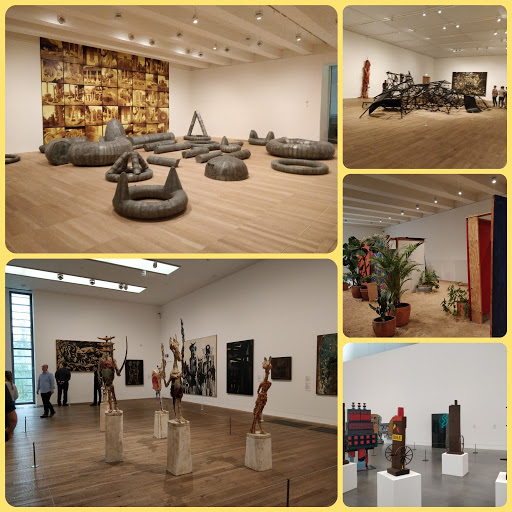 These where the rest I wandered round. The Tate Modern is a gallery for the thinking person, the layout, hanging and exhibitions are done so one is thoughtful. It has an impact...to avoid thinking, I'll suggest you can head for the upper decks to see great views of the St Paul's Cathedral, have a glass of wine in the bar, and head for the gift shop.