Weekly round up: Quiet week due to under the weather, went to Mighty Hoopla in Brockwell Park 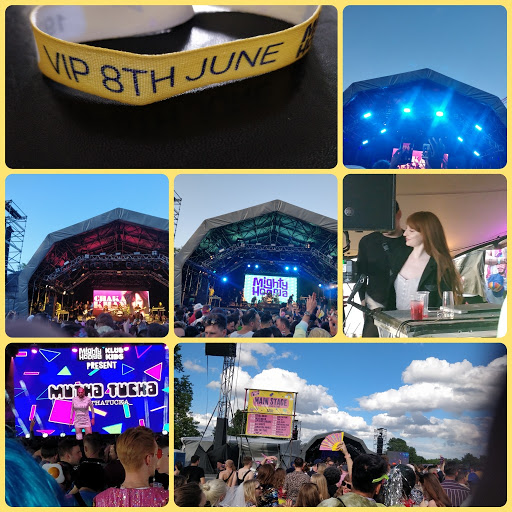 I've had a bad cold for most of the week, which knocked me out badly so nothing much happened. On Saturday, I went to a festival called Mighty Hoopla in Brockwell Park, South London. I wanted to do something different this summer, and having never being a festival I decided on this one. The acts where mostly cheesy pop and about three music stands.

For some reason, I was on the mailing list last year, so when it came up this year, I asked Sis if she wanted to go and she agreed. I opted for the VIP tickets, which was nothing special only there were proper toilets (no plastic portaloo business) in the VIP enclosure - still long queues.

There were also 'intimate' celeb DJ sets, and two bars. I realised bars were very important at festivals because the bars out side the VIP enclosure was very very long.  It was an extra £20 on top of the tickets so that was reasonable for peaceful atmosphere in the VIP enclosure. 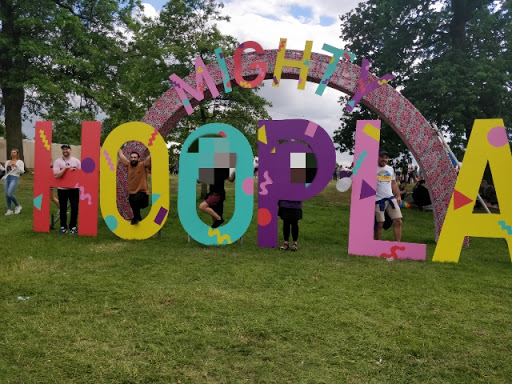 The festival was very chilled and had a carnival like atmosphere, and there was so much to do so Sis and I didn't really stick to one area, we just round the festival enjoying ourselves. Headlining at the end was Chaka Khan. We stayed for a few songs but left before the big exit rush. The music was drowning her voice, I don't think she did a voice sound check. 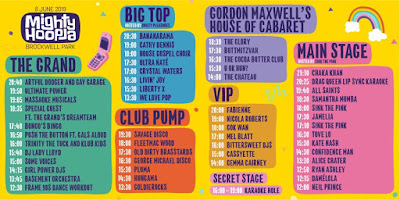 We also caught a bit of  Jamelia, I must say All Saints were the best performance on the main stage. And Samantha Mumba just turned up for the paycheck/cheque. She sounded terrible, out of key, off tone everything. But it didn't matter since there was so much to do. And most people just came there for fun rather than seeing the acts. I caught her act as I was going to get some food.

Overall it was a great day and evening out and it didn't rain.