Weekly Round Up: Discovered a rarely used Liz Claiborne handbag in closet, Cyprus Night in London, A walk on the Southbank.

This week I decided to do a little more walking to count as exercise, I'm not currently using the gym despite my membership. I'm just tired when I get home, and in a rush to work in the morning. Plus I do writerly things, so that is also a time-suck.

Anyway with such a sedentary lifestyle, I've had to increase somehow. If you remember, I even got myself a pair of walking shoes so no excuses. And there hasn't been - I've been walking a lot more on my route to walk. The walking shoes have been excellent - worth the money. Merrells. 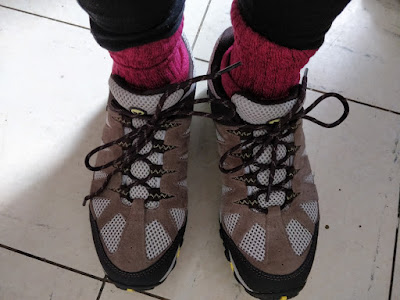 Before that it was I would wake up, walk about five minutes to my transport link, get dropped literally in front of my office block, sit at my desk for eight hours plus. Go back to transport link, get dropped five minutes from home. At home, I'd be too tired or either I'd work on my novel. So very little. Now I'm walking for at least thirty minutes a day, and up to the hour and an half on clear days. 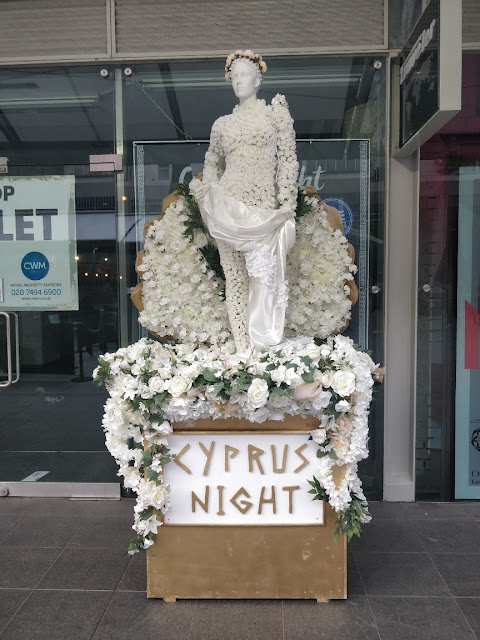 Big Momma and I attended a lavish public event to pay tribute Christos' Chris' Lazari. He died tragically a few years. He was a generous and distinguished member of the community, so his tribute and to honour his memory was a public event with entertainment, good live music, free food and drink.

I forgot my phone at home, yes, this does happen from time to time, so I couldn't take pictures. It was said, he loved a good dance so what better to celebrate him than a great party! He was also a generous man, so in that same tradition this party was for EVERYONE!  It was awesome and we had a great time. Thousands of people came, I kid you not. Great food, too! He was a billionaire who shared his wealth. So we ate, drank and were merry!


Found a small Liz Claiborne handbag in my closet 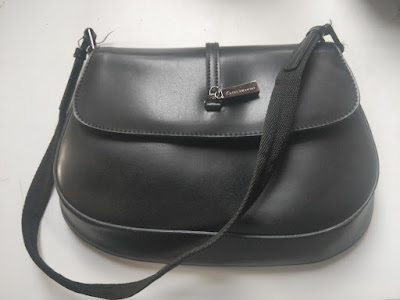 Not newish per se, it was just one of smaller handbags I've probably only used about four times since I got it. It's a Liz Claiborne and I got a few years from either New York or Miami - not sure which.  New York was good for shopping but Miami was fantastic! Anyway I'm still slacking on getting my regular handbag fixed so I needed an alternative.

I've probably never really used it because it's such a small bag (it looks so much bigger in the picture) however it's forced me to cut down all the stuff I normally carry in my handbag. So now I just have my purse, and work ID, then again I carry supplement bag with my books.

I also need to take care of this one a bit more since it probably won't be as durable as ones that need repairing. Maybe, I'll just get a new one...who knows.


Walking  towards Westminster Bridge on the Southbank. 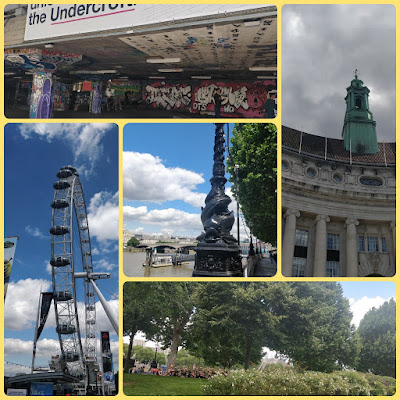 I haven't been down this end for years, however it was such a lovely afternoon on Friday, that I decided to take a walk. In the picture is the London Eye, the undercroft which is an area under the Southbank centre that was highjacked  by skaters about twenty or more years ago, and is now a stake park - yeah moving on, then a street/bridge lamp, the old County Hall and the newish Jubilee Gardens, most of these developments have happened in the last ten years.

It's changed so much and was basically a tourist mecca. I got to the old County Hall and that basically housed a few tourist attractions including Shrek! Oh dear. Anyway, I'm saving the rest of the pictures for the London Hood feature. 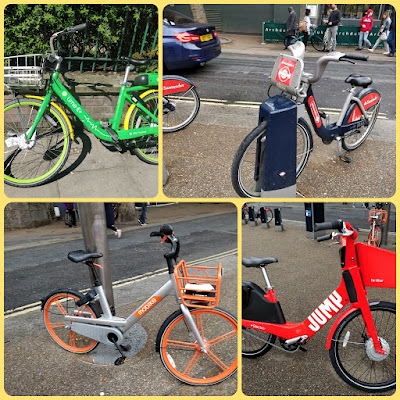 It's crazy, we even have uber bikes. These bikes are just hired with an app or something, apart from the Santander (Boris) Bikes which have docking stations. That is one on top right hand side, as you can see it's docked. The rest are left anywhere and probably tracked with GPS. I think they are operated via apps. They tend to be the choice transport for the local street pharmacist. It is what is it.

I'm pleased with my progress and it's going well. I'm not meeting the provisional deadline set which is at the end of this month, but I'm generally pleased.

So that's being generally my week, so have a good one, everyone!