Film, Movie or Boxset Night: My Cousin Rachel with Rachel Weisz aka Mrs 007 aka James Bond aka Mrs Daniel Craig 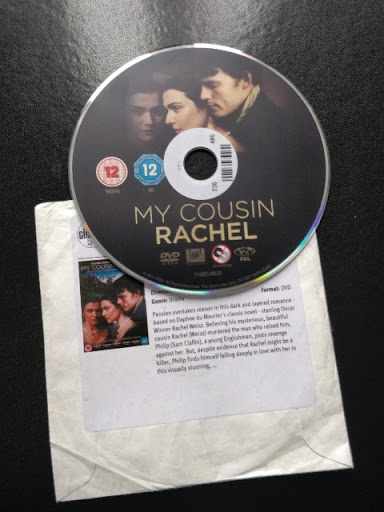 Not even Rachel Weisz ams Mrs 007 aka James Bond aka Mrs Daniel Craig can save this sinker. Honourable shout-outs to Iain Glen and other good actors however there is nothing to write home about. It's boring and though Rachel Weisz does her best, a bad script is a bad script.

Normally I try and look for something nice or good to say but watching three novel adaptations for film/novels has taken its toll. First it was On Chesil Beach, then the Tulip Fever now. I can't.

What was wrong with it? I guess as a fan of the novel  My Cousin Rachel by Daphne du Maurier, it lacked the basic gothic element that gave the novel much of its suspense. Plus there is swearing. I don't mind swearing, cussing, cursing but if the book doesn't have it, why should the film? I guess it makes it contemporary.

I think it wasn't dark enough, the locations were too large, too grand, too much light given it's a a gothic story. But what do I know? It was just boring. And boring is boring.