Weekly Round up: Food market at Southbank Waterloo, Performance in the Festival Hall, other things. 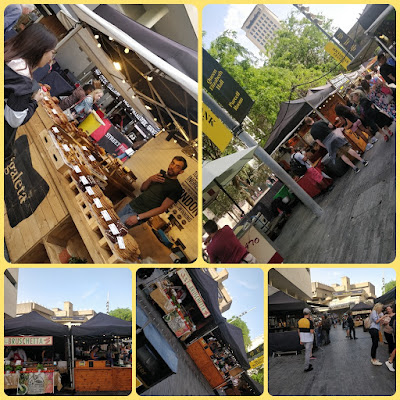 Nothing happened this week, it was rather quiet. Perhaps, I should keep a journal or something. Anyway on Friday I went to the Southbank Street Food market, Street Food is such a big concept in London nowadays but it typically just burgers, chips, wraps, curry and some Pad Thai. No real variation, and it tends to be overpriced. But at least most take card payments now.

I didn't buy anything because I had a big lunch at another street market near my workplace. So I walked past, to my destination. Lately I've taken to writing at Festival Hall but over the past week, I found just sitting in the Foyer of the Queen Elizabeth Hall was nicer. It's a bit darker in there, not as much natural light as the Royal Festival Hall but there is enough for me to write.

Anyway on Friday there was a performance by a young artist. I didn't catch his name, but he was good. 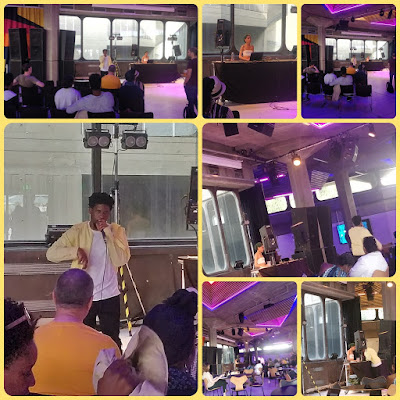 I'm cutting down on my blog posts, I'll continue the 52 week challenge and my desk, but I'm not doing the films anymore unless they are part of this weekly catch up. Also I'm doing the writing stuff monthly now. It's just I have about 156 blog posts this year which I think is a bit too much,  so I think a review is due.

Maybe I'll make My London Hood fortnightly. I have the picture in my phone but it's just writing it up. Or maybe monthly. I'll think about it.

That's pretty much being the highlight of my week, part from catching up with Sis and going shopping with Big Momma. Oh and did I say I was counting calories. I managed to lose about 2kg or 4 pounds doing that. I think it's also the fact I walking more.

I need some summer clothes, maybe a new pair of jeans and light tops. Oh, and I visited the physiotherapist/physical therapist (US), something about my knees. It's been painful and I reckon the weight does it no favours - it is what it is. So  I've been given some exercise to do, which I need to start since I'm seeing them again in a months time.

I also need to book a break off. Normally I go to Spain in the summer but due to changing jobs that hasn't happened.

That's it from me.

Have a great week