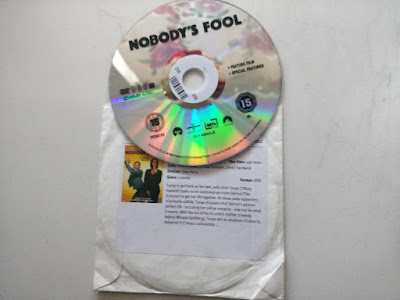 This is a very simple film marketed as a romantic comedy but felt like a platform for Tiffany Haddish's talents. She had the most gags, most laughs and basically carried the whole film. Without her, and honourable mention to Whoopi Goldberg,  I'm not sure the movie would have work. So basically an upwardly mobile professional had to take in her sister cue Tiffany Haddish who has just been released from jail. Everything goes a bit chaotic and crazy as the jailbird sister interfere in her relationships. Though Tiffany Haddish seems like the supporting actor to main character, she was actually the star.

Romantic comedy? Yes, its romantic as in the main charater's quest to find true love and a man. Comedy? Down to Tiffany Haddish's part playing the sitter.

This film/movie is great if you are a fan of Tiffany Haddish, or want a simple chick-flick with some attitude. Actually it was probably better than Girl's Trip so if you liked that you'll love this one! But if you aren't into those movies, probably best give a miss.