Week 24 of Mo 52 week Money Challenge - I forgot and just remember! Paying off a pound debt to IOU. 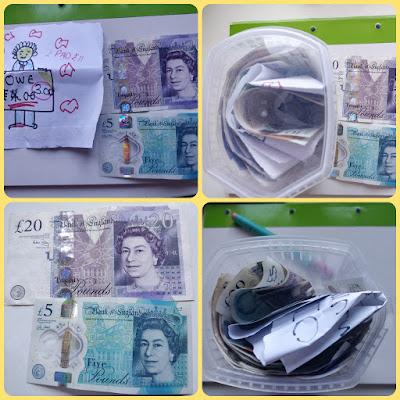 This week has been very busy so this skipped my mind until just a few hours ago. Things are just busy! Anyway, let get on this this.

So I got twenty-five pounds but because this is only week twenty-four, I decided to put the extra pound to last week's IOU of four pounds. This means I only owe three pounds. Actually come to think of it, I think the week number was wrong. What does it matter? Really, who cares? Anyway, I put down an extra pound on the four pounds IOU note, so now it's only three pounds. Does that make sense? Probably not, however it's all in the money jar.