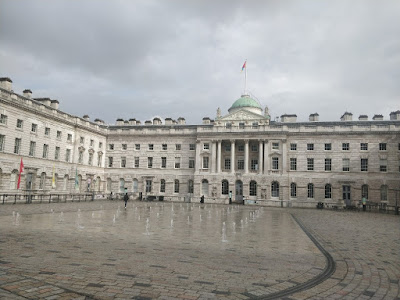 It was rainy day and I was taking a walk over my favourite bridge, Waterloo Bridge, and I decided to pop into Somerset House. It's quite interesting because I don't think I've ever been into Somerset House, though I gone by numerous times. During the summer, when I was a student, I used to use the Kings College Library which is next door. And I've often peeped in through the gates during London Fashion Week, as it's a popular venue for fashion shows. 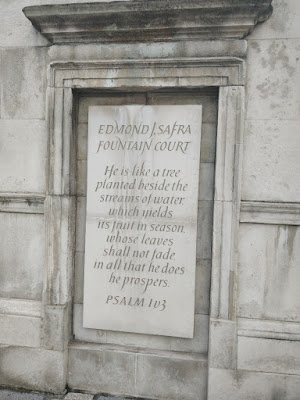 It's feels like a place and I only had a few minutes to spare so I didn't see much. But I didn't manage to go and see the famous Nelson Stairs which goes the Navy Board Rooms.  So I guess if you are fan of Navel Times wars, it's definitely one for you. I think the Navy Board Rooms are by appointment  only, I wasn't bothered because I was having a wander around. 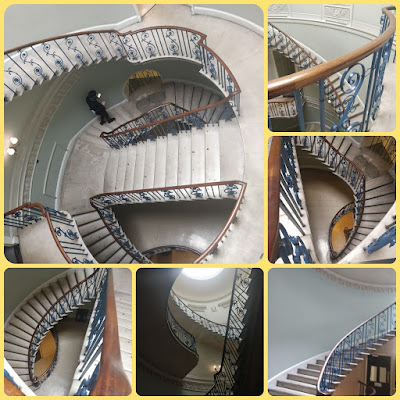 I walked to the top of the stairs and railings are quite wonky and there is strange vibe so it felt a bit scary, with that said, people actually work in the building. I've worked in a few historic London buildings and they tend to have feel to them. There is an awareness around these old buildings, perhaps call it character,  maybe even depth. 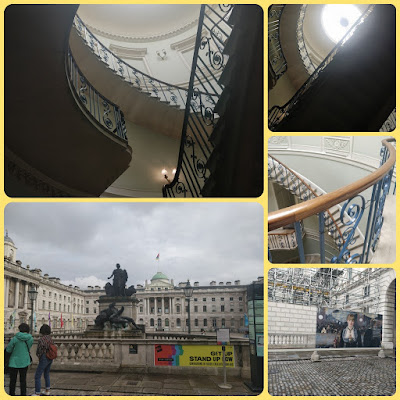 There are lots of long corridors which give an eerie hallow feel at times, though they have commercialised it so there are plenty of cafes that over look the main courtyard. As I mentioned above I only visited one part or rather wing of Somerset house. I'd call it the South Wing because it was facing the Thames, I don't know. 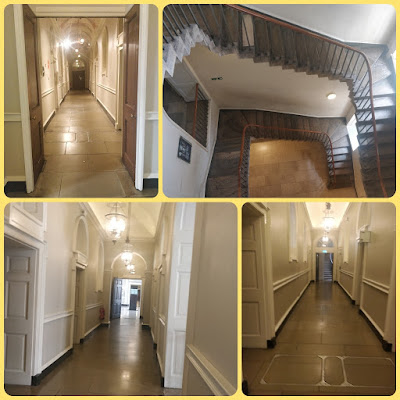 There is plenty to do in Somerset House, I was just in a rush and I thought - oh, I need something for the blog this week - so I went in, took some pictures, and I actually got some good writing inspiration so I might go back again.

If want to check it out here is their link, and they plenty of events and free activities to take part in.