Drawing some figures, did some shopping, watched TV, Saw some American breakfast cereal and twinkies

November 22, 2015
Work up today thinking about design. So I got out one of my old design books and decided to start with lines. I used to love lines. Everything is made up of a line. So I did a line outline of a picture. Then I made it to a cartoon. See below. He is wearing boxers.

Activated my facebook account again.  So it's there activated. Will be using it for some writing stuff later on. Not fussed at the moment. I just need to join all these groups and make 'facebook friends'. Oh dear.

Went the supermarket and found the American shelf. I noticed beef gelatine was put in some breakfast cereals. Really? Why? The only animal products I eat with cereal is milk. Dairy. but gelatine? Come on, people. Plus it had a number of food additives I hadn't seen in years! Oats or Oatmeal is the way to go. Finally go to see what a twinkie looked like. I always assumed it was a chocolate bar of some kind. It's cake. Well it was super expensive at £7 nearly £12 but it was buy one get one free. I guess in time for Thanksgiving. Still too expensive to tempt me. So that is the American food Shelf in Tescos. 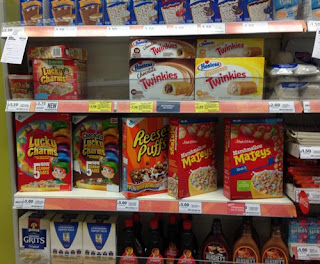 Outside the shopping centre there was a queue for a dance competition or audition. Lost of kids. Overhead a few conversations mainly about relationship drama. One lady was complaining her partner's friend didn't like her. Okay. Well apparently this lady had invited the friend her birthday only to get totally ignored. Like no show, no excuse, just blanking. How awkward is that? To be fair your partner's friends don't even need to acknowledge you exist. It's nice it everyone are friends but often than not, that's not the case.

Next,  I'm A Celebrity - a British reality show is looking pretty good. I might even watch it this time around. There are some hilarious characters on this time. Not good to be with in the jungle but they make fantastic TV. Shout out to Lady C, Paul and Ballantyne. They were all moaning about a can of soup.

I watched some XFactor and thought the contestants are fresh, the judges banter is pretty boring - same old sound bits, yawn, yawn. Just because the judges are newish doesn't make it interesting. Still some good talent this time. Also some confusing ones.