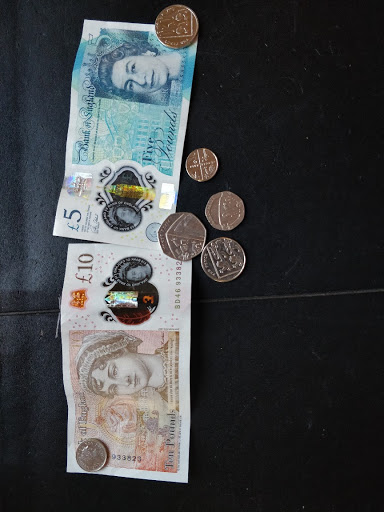 I'm not sure it's the best thing to write and post a journal in a grumpy mood. But then again, this is about saving money when I'd rather be spending.  So the picture is upside down but money is money, right? So I was short by a pound but thought rather than put another IOU in the money pot, I could scavenge around my home for the cash. So I found forty pence in my bag, fifty pence on my dresser and  ten pence on my desk. So that made up a pound. Why don't I have a pound? It's pretty much a cashless society so I tend to use my cash cards all the time. I rarely used money though I might start again because cash cards lead to impulsive buying, especially food snacks. It's harder to keep to a budget when making purshases on cards. A long time ago, I only made big purchases on cards but now even with transport, I use it. Anyway not time to digress. You should already know what the other two notes are....I'm not going into them. 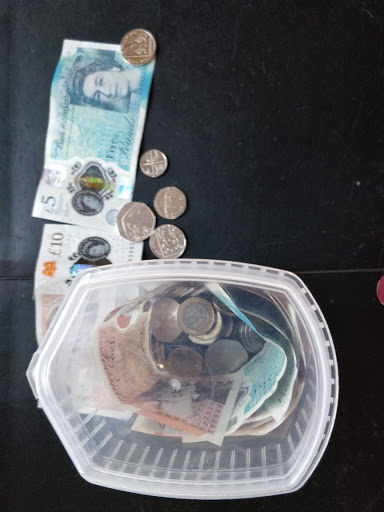 Then  next  so very interesting picture of the money pot with the takings of £16.00. Yeah, right, and the final is.... 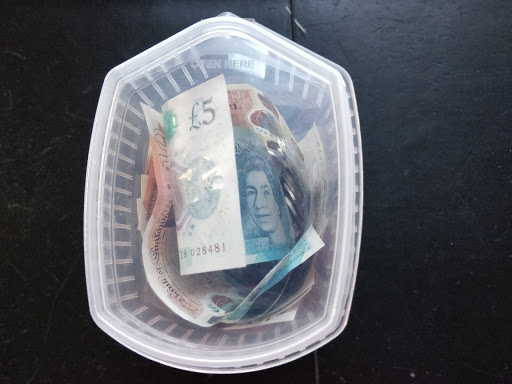 
Money back in the pot 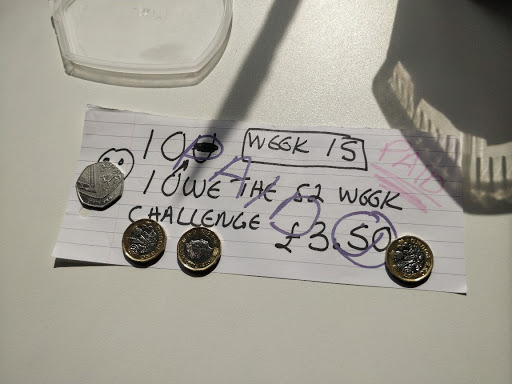 For those who just follow this painful challenge, on Monday, I put back the £3.50 I owed. I wasn't but felt a bit guilty and I should honour this challenge and also respect those who read it. Let not's take the 'mick' which means make a mockery. So I dug deep into my pocket and released the money to the pot rather than buying some nice treat.

So I'm now quits with the money jar. Until next week.