February 23, 2019
I took this picture in Hyde Park, a few days ago.  I had a meeting in South Kensington, rather posh area of town. After the meeting, I was walking down to Hyde Park Corner - I love London open spaces and parks so whenever I have access to one, I'd rather walk than talk transport.

It was such a lovely vibrant evening that I decided to walk down Green Park and catch my train from Piccadilly Cirrus rather than Hyde Park Corner - this is our Underground transport system - a bit like a metro or transit system.

I passed a famous shop called Fortnum and Mason and it's window display it was advertising Heinz's baked beans and the Heinz's 150 year old Anniversary. There is even a hashtag #FortnumsXHeinz.  I didn't go in because it was rush hour and all I wanted to do was go home.

Apparently Fortnum and Mason was the first place that sold the brand back in the day. This was before common folks could afford to eat baked beans. I'm not a big Heinz baked beans fan, it's rather too savoury for me and I have sweet tooth. I much prefer Sainsbury's baked beans. This isn't to do with cost or anything it's just I prefer the taste and consistency but I know ride or die Heinz baked beans fans. A former colleague was one. It's a bit like people with their tea or coffee - I'm not brand loyal with that either. 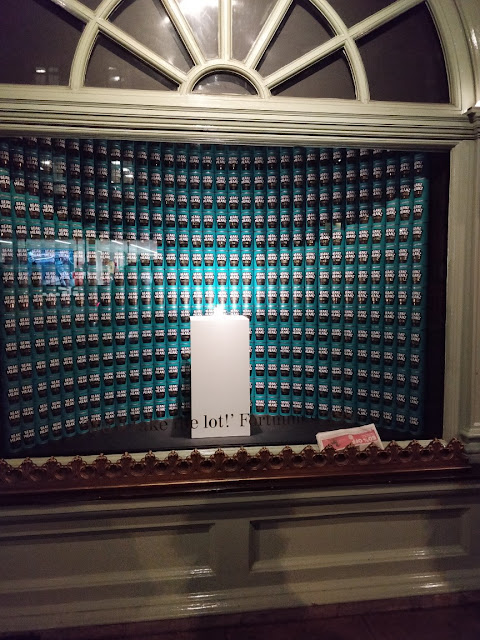 Quite interesting to know common place foods like chocolate, tea, coffee, baked beans were only for the super-rich when they first came out. 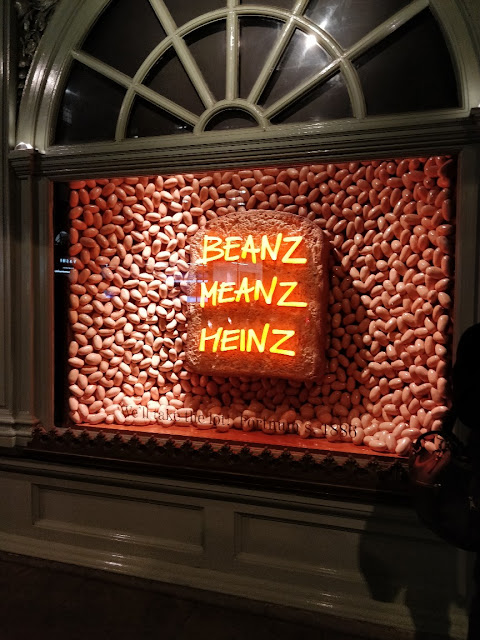