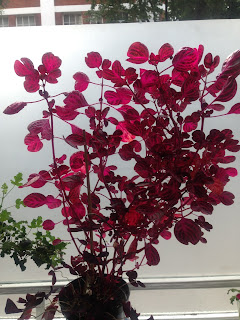 Woke up with the intention going straight to the gym, however got bogged down reading books on plot. Yeah, I need to get disciplined with the whole editing phrase of my novel.

Then got caught up with a Twilight ReImagined forum debate on my online writing workshop. Geez, six years later Twilight is still considered the greatest American Novel to be written by some.Yeah. Tis true. I’m not even going to go there. Heck why not because once Twilight is mention then of course Fifty Shades of Greys follows.

Then someone asked for advice on how to tell a room mate to wash their hands. Apparently she doesn’t wash her hands after using the toilet, more so she leaves the door open.  You gotta wonder.

Any road everyone goes up in arms about how gross it, mostly women commenting since most men hardly wash their hands. I know because I had to tell my ex a number of times before it sank in. Please wash your names. Most dudes just whip it out, have a lash, toss it dry, then walk out.

Finally dragged myself out the gym, where some guy saddled with baby sitting his kids had them working out. Don’t even go there. It’s a child friendly gym but kids don’t work out. The older girl was just busy looking bored and texting. The younger boy, bored but not texting.
Spent time on the treadmill. It’s like really high-tech where I could do some roots but just ended up watching Lizards and Licks on Dave TV.  It’s a reality show with some tough guys. I mean tough, these dudes deal in repos and towing. It was so good (I love ratchet American shows) I put in ten minutes extra.

Showered and made my way out.

Did some chores at home, spoke to my family and now off visiting. Typical lazy Saturday I guess. Read an article that the Romans had good teeth because of a lack of processed sugar in their diet. I’ve had two pain root canals, maybe this is the way forward. Not to talk of my fight against obesity. Why didn’t anyone tell me as a fat person, my feet and knees would hurt if I walked long distances.  I blame cake. So be warned apart for all the aliments like diabetes, the instant ones are painful knees and feet. I mean soles of your feet.