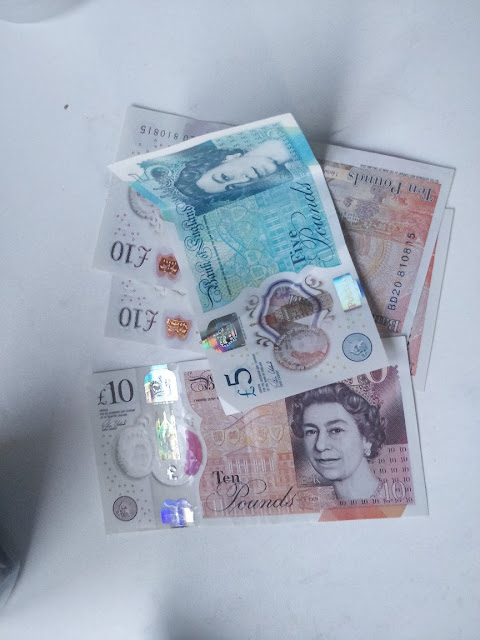 I decided to start paying towards my outstanding money jar debt. So even though this week was £32, I had £35 so I decided instead of taking change back, I was seriously considering picking out £3, I should just cancel the amount from one of the IOUs. 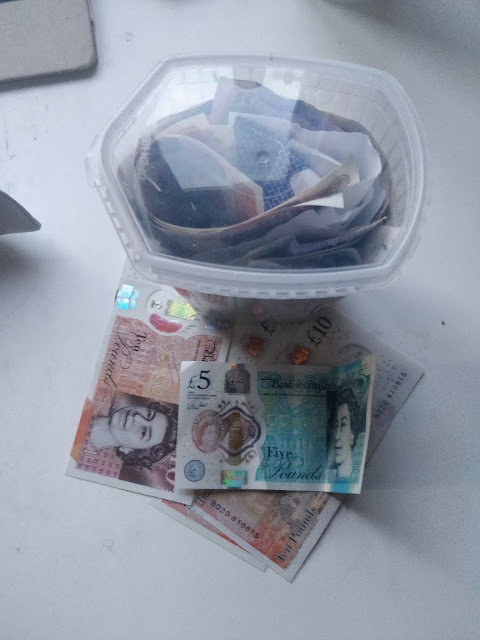 Yes, its three ten pound notes and a fiver with the money jar. 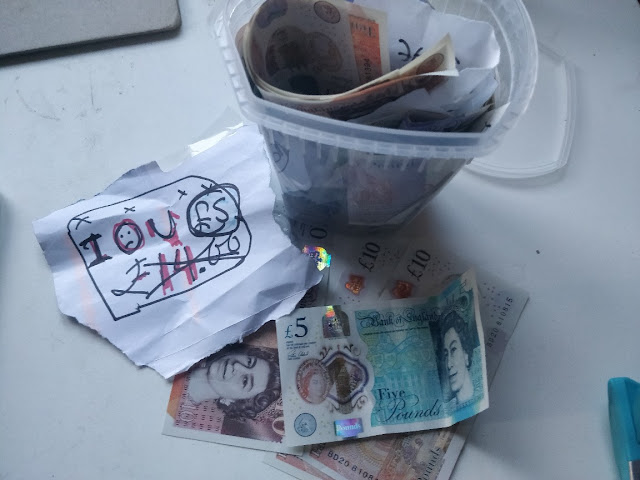 So I got out the IOU which had a balance of £5 and cancelled £3 pounds leaving on £2 on the debt. I mean the debt for this particular IOU. There are a couple more IOUs in the money pot. 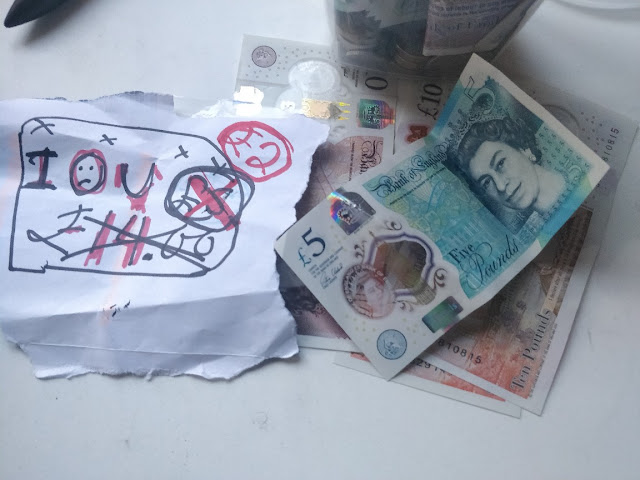 I guess, I should be about to cancel off the entire £2 debt in the next money session, provided it's not another IOU because I forget to go the bank to take out money. It defeats at the point doesn't it. Taking out money from the bank to put in a money pot. Who does that? Oh the perils of internet money challenges! 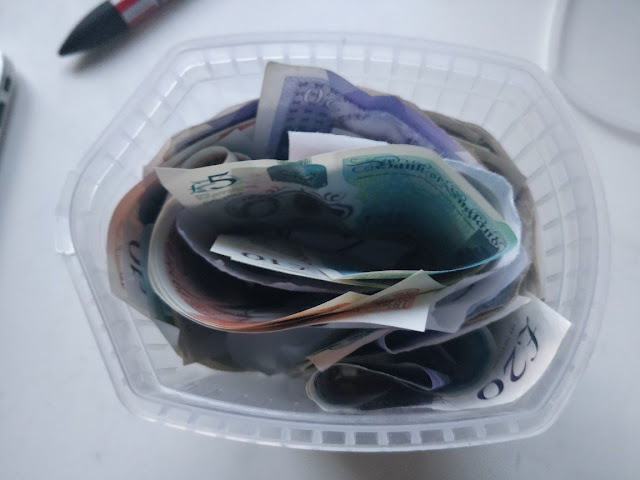