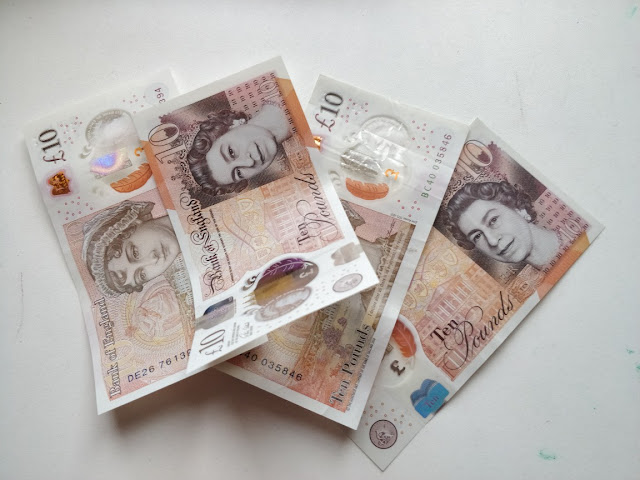 Another week, more money and the pound had dropped. I was only going to take out thirty pounds and do write another IOU but I decided it was time to start paying. So I took out forty pounds, so at least, I could pay my thirty one pounds in full and the change will go towards my one of my debts.


To be honest, I first I thought to take out nine pounds change but then thought better of it. I could I take out change when I owned the money jar some cash. 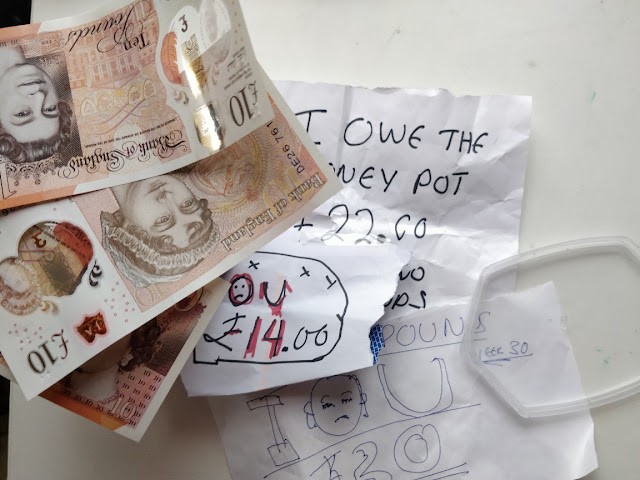 At present I owe the money jar SIXTY SIX POUND STERLING in IOU notes. So I decided which IOU should I pay back? Should I go for the thirty pounds and end up with a balance of twenty-one pounds? Or should I do the twenty-two pounds? That would give me thirteen pounds left on the note. Or just scale down to the fourteen pounder and owe five pounds on that bill. There is so much suspense to my choice, right? Well, drumroll...... 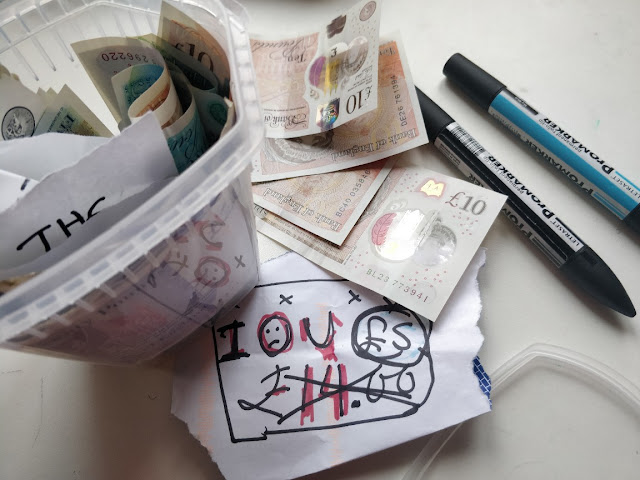 I went for the fourteen pounds IOU and stuffed the other IOUs back into the money pot.  So now I only owe five pounds on that note. Maybe I should have included a smiley? 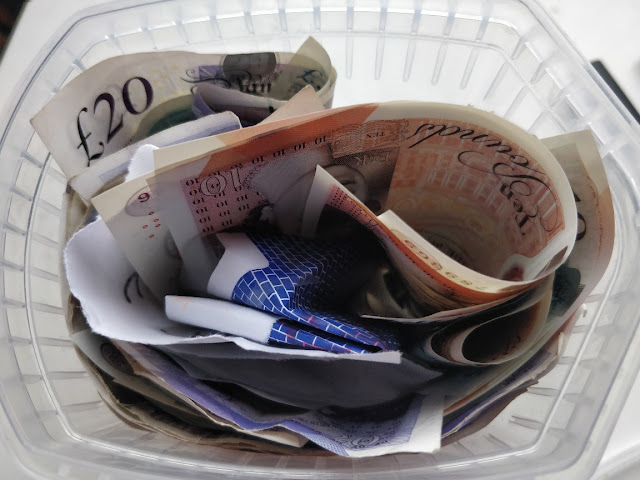 So the is all the notes tucked away in the money jar.