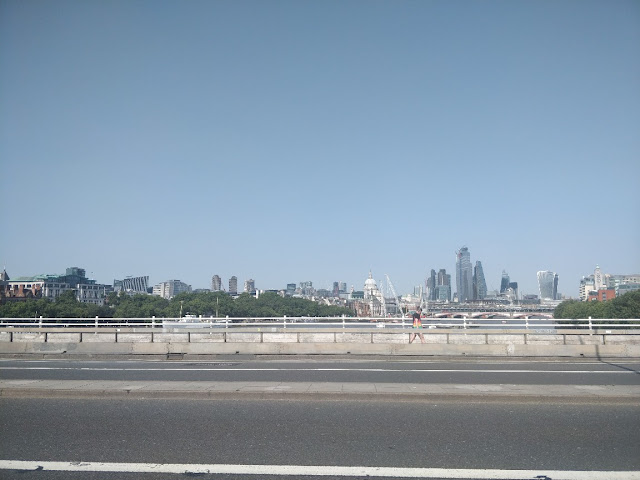 It's been one of those hectic but uneventful weeks. First, I've had a string of work deadlines, and the family is still dealing with bereavement. It's also been very hot, I think it's being a record breaking 38C or 100F in London. At one point, trains were cancelled - the wrong kind of steel on the tracks. On a more serious note, there was fear the steel in the railway tracks could expand, and that could be dangerous especially at the high speeds. Quite a few people worked from home. 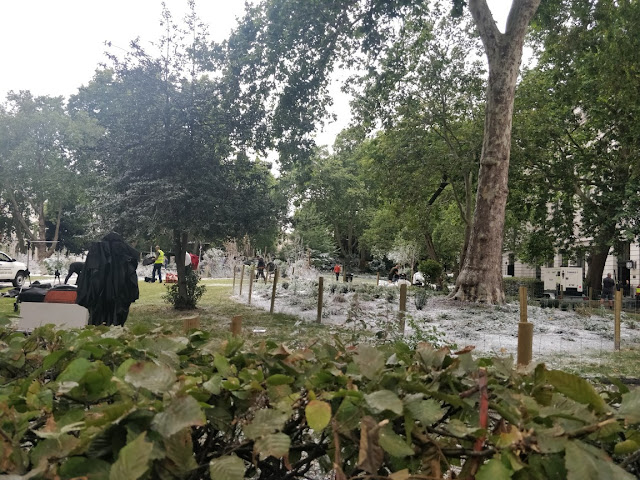 It was a bit odd to see the local park shut down and covered in fake snow since the temperature was about 26C. You can see the fake snow littered underneath the big tree, and a production people prepping the scene for filming. We tend to have a lot of movie sets around, especially with the posher timeless looking buildings. Summer is also a good time because of the available natural light. 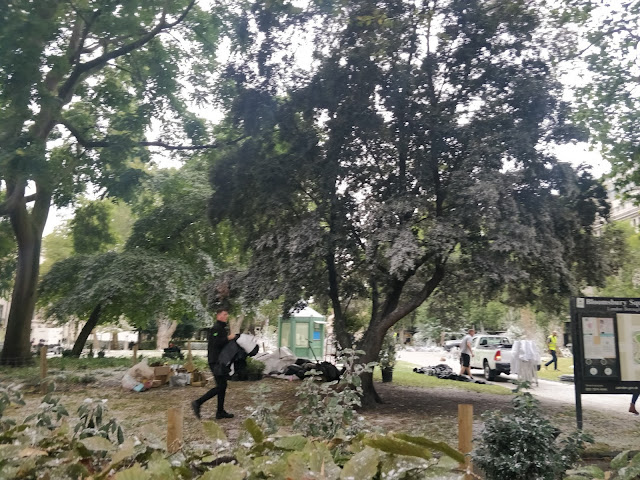 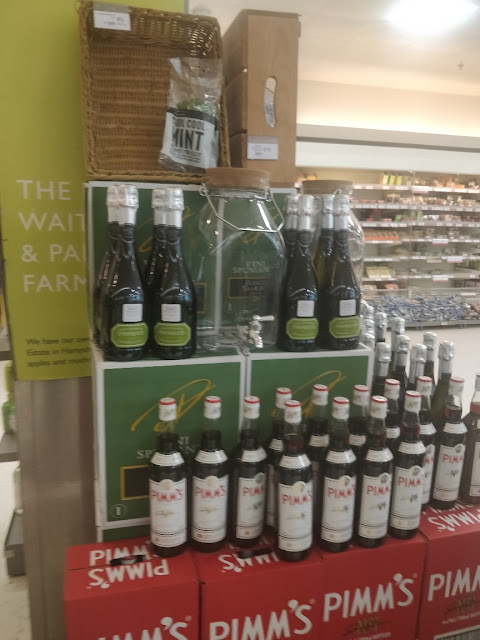 It was time for free taster of Pims at my local Waitrose. Yes, I like supermarkets and frequently visits most of them, especially the big ones. Apart for the big Waitrose on Finchley Road. I prefer other branches. Though the Finchley Branch is nice, I just find it chaotic. I also like Sainsbury, Tescos on the odd occasion, Morrsion's. I also like Aldis, and at times Co-Op. Maybe I'll do a blog post on supermarkets.

It's quite interesting because different supermarket branches sell different things to cater to the local populations. And different locations have different peak times. I find them fascinating.

Have a good week and stay hydrated!