Fridays Mo Money week 28 of the 52 week money Challenge - swapped IOU for cash, and put in a drama-free £28. Rant about the status the pound and other situations. 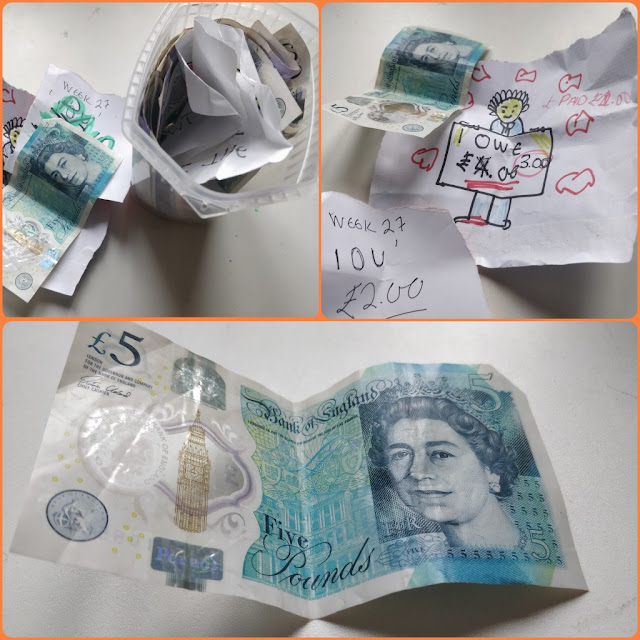 I decided it as time to start play back my debt so the money jar so I saved a five pound sterling note and swapped it for five pounds worth IOUs. Don't get excited, I still owe about twenty-two pounds though, and there is still the first six weeks to play up. Plus this challenge is going to get a wee more difficult. 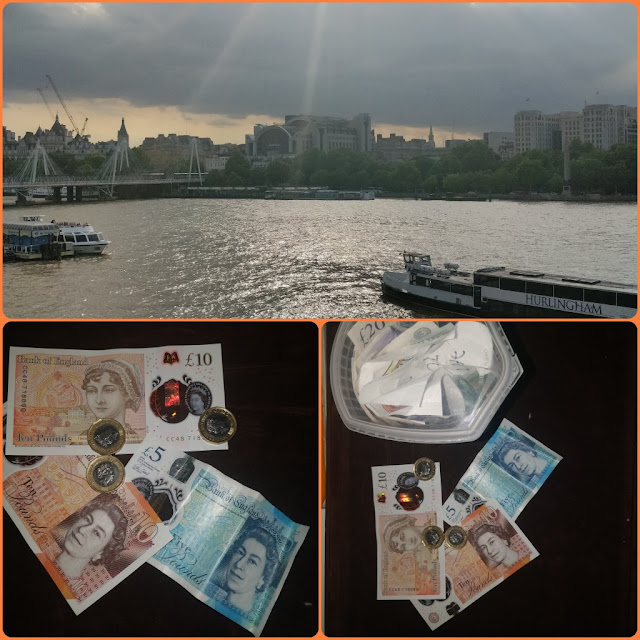 So this week, I finally managed to get the right change as you can see two tens, a fiver and three coins. The top picture of one of me walking over the Waterloo bridge and the sunlight spread across the River Thames. I thought it was a nice moment to capture on my phone.

Back to savings. Note this is a bit political so move on if you aren't inclined. Well it seems the pound sterling is losing its power against other world currencies which is such a pain. The exchange rate has plummeted, the politicians just seem like characters in a cheap reality show. The entire situation is bizarre, and obvious the markets have no confidences so in return the everything is doing poorly. Apart from tourism, we could say exports but a lot of key manufactures are upheaving to Europe where they'll probably get cheaper labour and EU subsidies. But our politicians are animals running riot in a circus show without a circus master.  It is pretty dire for a leader of the western world. Oh well, things go up and things go down, so it's just a dip in time.