July 21, 2019
It's been a slow week but I think that's just due the family bereavement so things are out of kilter and emotions are dulled at present. I've also been escaping into my writing so nothing much. 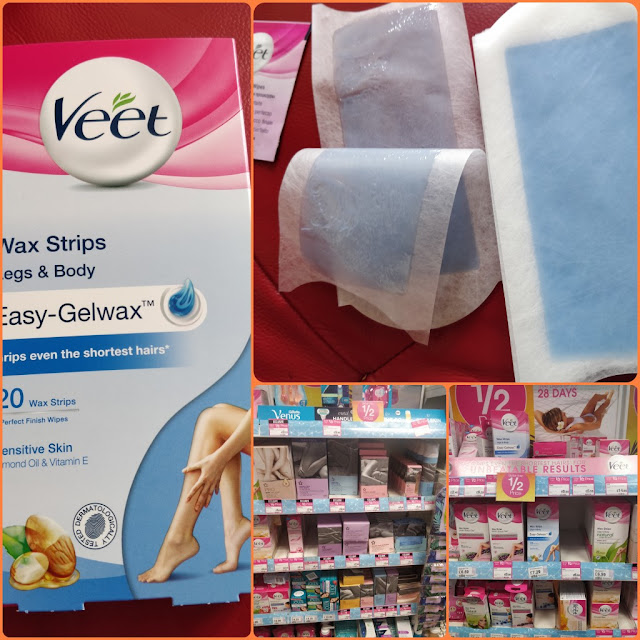 It's that time of year when all bare legs are out, so I decided to do a home-waxing treatment.

I don't shave my legs (too much information, I know) because I end up cutting myself and scarring. I've tried twice and have the scars to show for it. So normally, I just go the salon for a wax treatment but I decided try it at home. Again, I'd done it once before with the honey pots and found that messy.

So I went to the local drugstore (Super Drug) and they had a few on special offer. I opted for the Veet brand, and it was okay. Not as good as going to the beauty salon. I think these treatment only work with very thick hairs, mine are thinner. So shaving would be ideal but I cut myself and scar. Therefore next time, I'm going back to the salon. Like a salon job would have cost me about £20-£30 and this only costed £7. 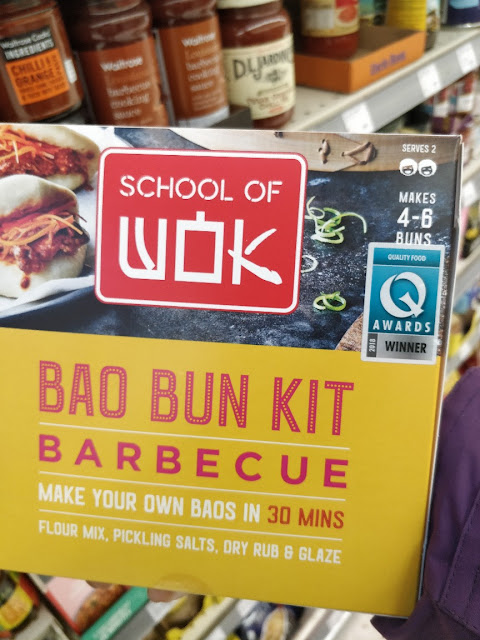 I love these bun which are basically steamed dumplings of a sort. I normally buy some bao bun with a duck filling at Itsu but they have discontinued it due to poor sales. So I decided to make my own. I looked at some YouTube recipes but they seemed too complicated so I got a bao bun kit from Waitrose. Of course, they came out no way near the read stuff. I think I probably needed to knead for a little longer and probably let the yeast do it's thing - the raising - for longer as well. Oh well, I did steam them and they just tasted like dumplings so I'm wondering if I could just self-raising flour.

I'll have to get check out a few other videos and decide. I'm also going to do the same with Pad Thai, try and make my own, only because it's about tenner each time, that is £10 for a portion of take-away.

Wore my new brogues for the first time 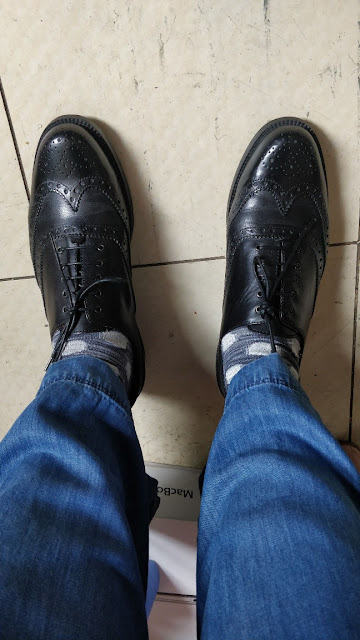 I bought these months ago but decided it was time to break them in, otherwise they would just languish in the corner unused and unworn. They were comfortable so I'll probably start wearing them at work - they are supposed to be my work shoes but I have a pair of ballet pumps at work.

I'm pleased to say I'm making some progress, even though slow. I read bits out to Big Mama - I tend toe read Big Mama all the clean bits and censoring on racy and maybe more aggressive bits. She thought  it was good to go. So that was nice to hear. A relief actually, so now I'm working on the next draft.

I've also downloaded the pictures for the cover because my stock picture subscription was coming to an end and I had some unused credit.  So I had to make some quick decisions and download what I needed. Again, I checked them with Big Mama - like she is the quality control and she agreed the pictures give an accurate depiction of the characters. I don't use pictures when I'm writing but I needed to think about what cover before the subscription ran out.

I haven't made the cover yet but at least I have the pictures waiting.

Thanks for reading and have a good week.