Weekly Round up: Filming and Litter bugs in Parks, Walking up the West End - Piccadilly Circus, Regent Street, Carnaby Street and Shopping at the Next Sales, Litter & Filming in Parks 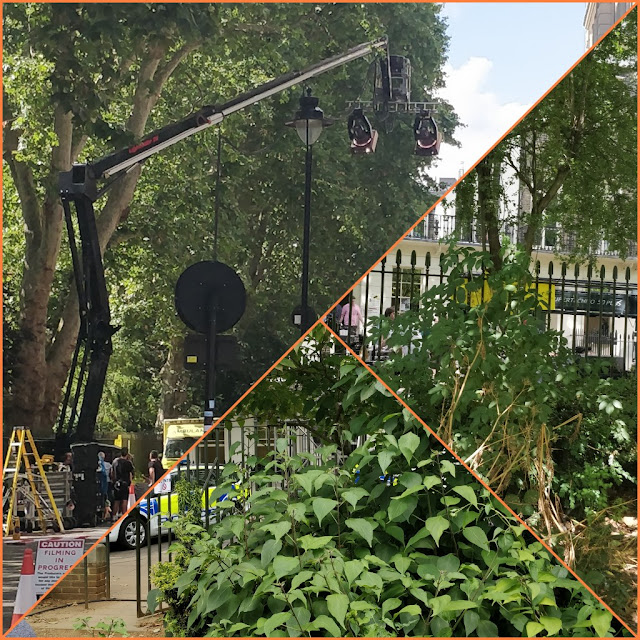 Early this week, there was some filming in a park, not sure what it was since I rarely watch TV. I'm either writing, working, reading or on social media. I got out of watching TV when I was studying for exams.

Litterbugs in the Parks

Why do people insist on putting their rubbish in a full bin without considering the wind would blow i away? Not only that, it's a few yard away is an empty bin. I'm not the litter-police but it's just unsightly because the wind blows rubbish from overflowing bins on the lawns.  What happened to people carrying their rubbish home? I do, or at least to the nearest bin. 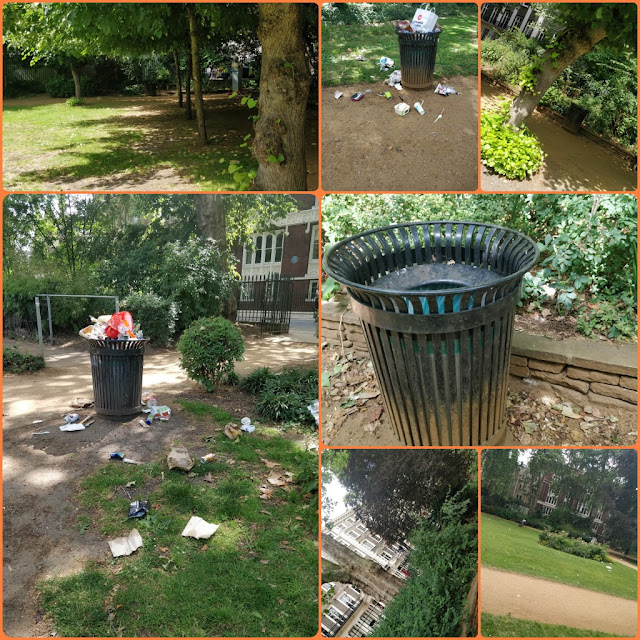 Walking up the London West End

I went to the London West End  twice this week and walked up from Trafalgar Square, up Pall Mall East, Haymarket until I came to Piccadilly Circus, and it is practically a tourist circus. I think it's to do with the weak pound because there just seem a higher influx of tourists. 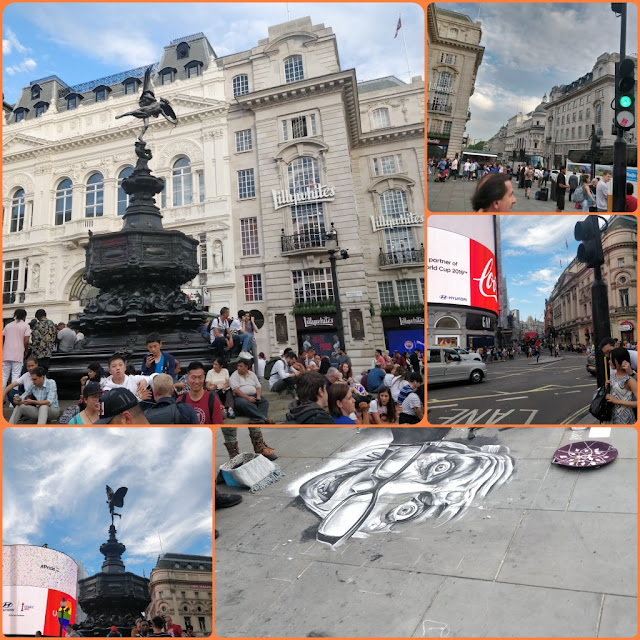 The pound is very weak, it's practically £ GBP 1 to $ USD 1.2 so I guess it you have the cash now is the time to come to the UK.  And it's practically the same with the Euro so £ GBP 1 to EURO 1.2, and it is expected to fall further. The markets are just sensitive to the political climates so it will be interesting what happens. But in London, it's being tourist galore this summer. Normally the UK is too expensive. 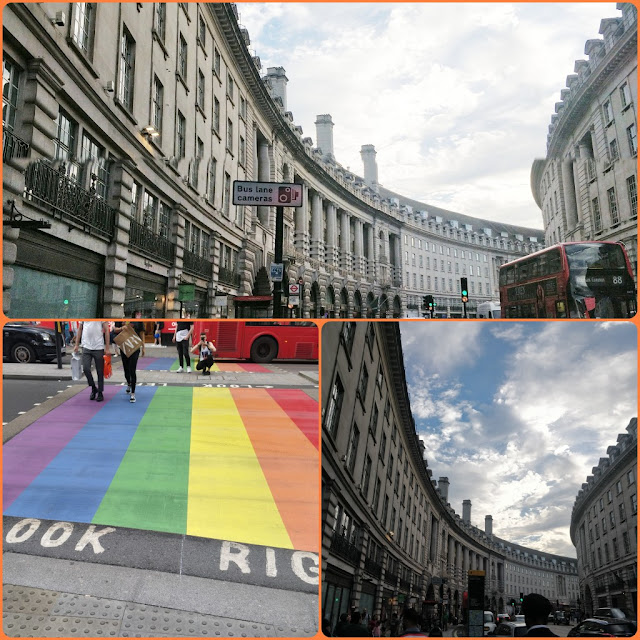 After walking up Regent Street which is now looking a bit shabby, and full of middle-market American brands and Zara - it just looks like a local High Street - only with international's brands - just waiting for a Primark - I mean they already have a Mango.  We were all Pride-ing ourselves ahead of the big parade, as you can see Regent Street coloured its zebra crossing. My workplace had a float and they were given nice water bottles.  Two of my colleagues/co-workers were going on it.

It seems the retail sector  is happy that Pride has a lucrative commercial angle. Celebrating Pride means more SALES! It's a pity Pride didn't copy right the colours scheme or format and then licence it out.  It would have meant more money for some causes that affect the community.

Back to Regent Street  - There are some high-end designer brands still there, Burberry etc but it does look shabby so I can see why folks just flock to other shopping meccas - like Westfield or just sits at home shopping. 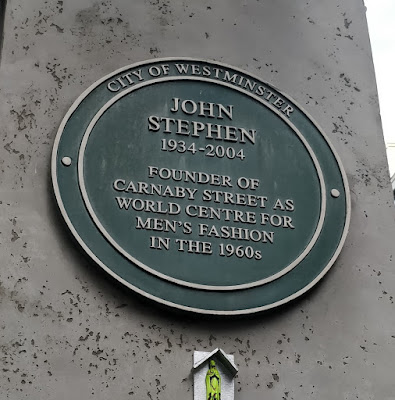 Then I turned into Carnaby Street, thinking I could use these for my London Hood but that doesn't seem to be going too well at the moment. Any Carnaby Street is just a smaller version of Regent Street with all the American and international brands. 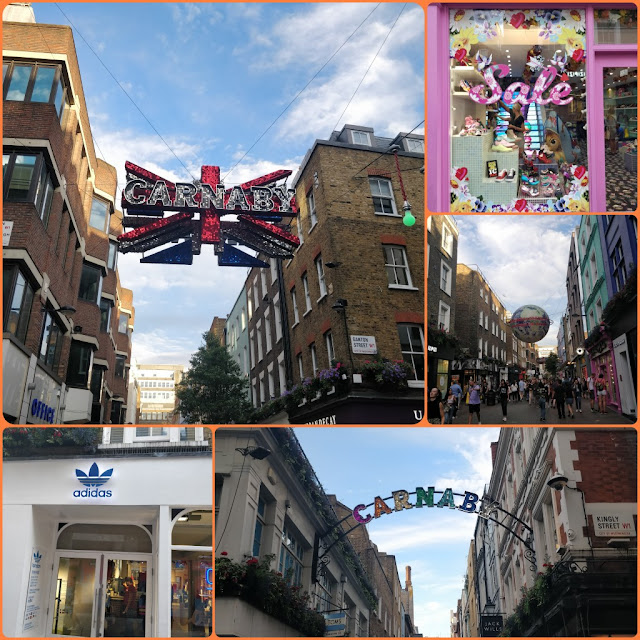 I finally got to Oxford but Marks and Spencers only had forty-five minutes left before closing and I don't like to be rushed since I try on clothes so I decided to come back another day. They too had a lovely Pride display. 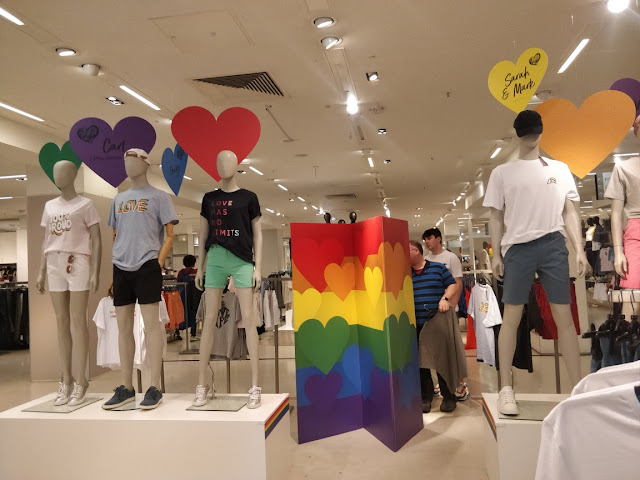 Going home, I discovered Next was having a SALE!

Next Sale and Shopping! 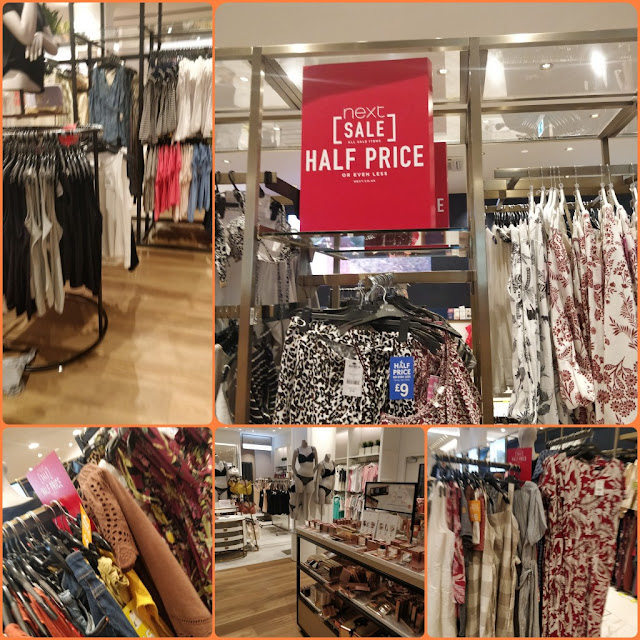 On my second trip to the Oxford Street - West End, I decide to pop into Next.  I'm not a Next clothes person, I buy their homeware and I know their sheets last (unlike Debenhams), and I still have their curtains. So I think highly of their homeware. I remember the 5.00am sales was worth it to get matching sheets and my curtains - but that was in a different homeware branch which is now closed. 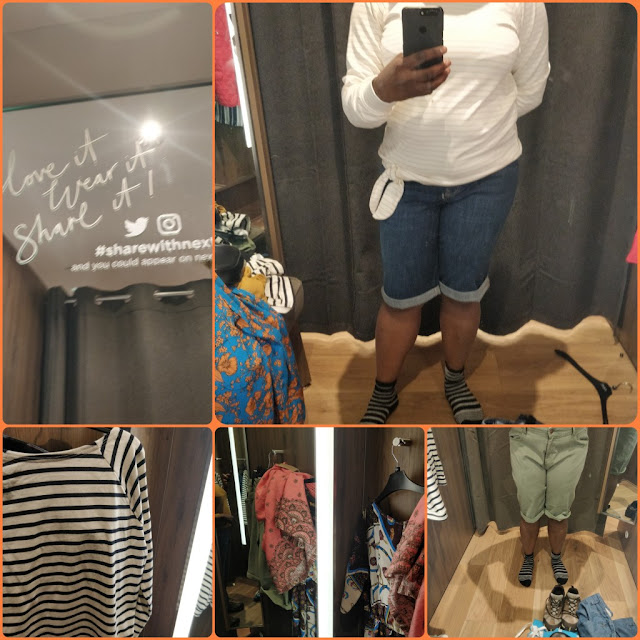 Not to digress, I decided to pop in and was pleasantly surprised. I tried on a few outfits and they were a good fit. 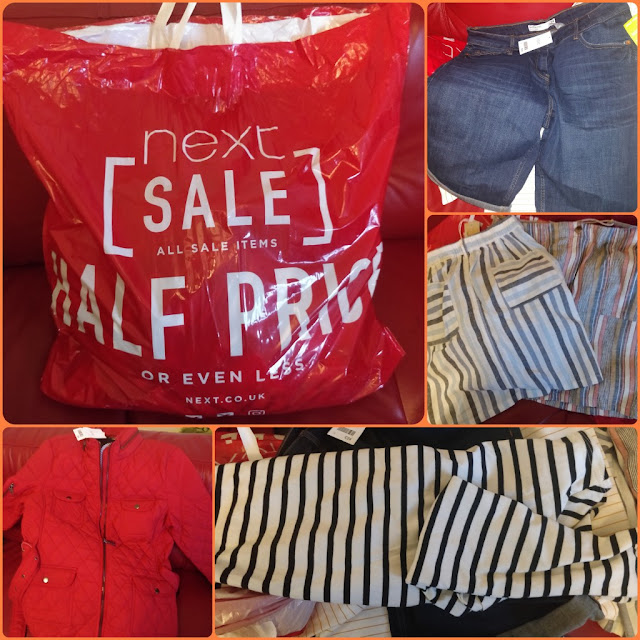