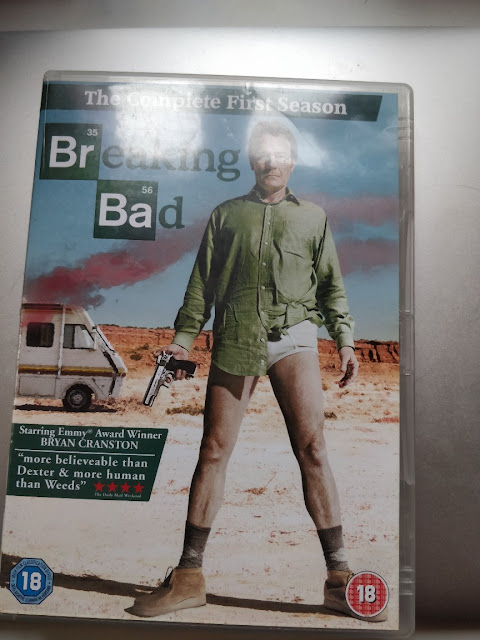 It's about a chemistry teacher, Walt White, who is down on his luck financially, and worse is diagnosed with a terminal illness. For money, he gets involves with the drug trade by 'cooking' crystal meth. He's got loads of family problems and his brother-in-law works for the DEA - that is like the drug law enforcement so they are indirectly battled against each other. 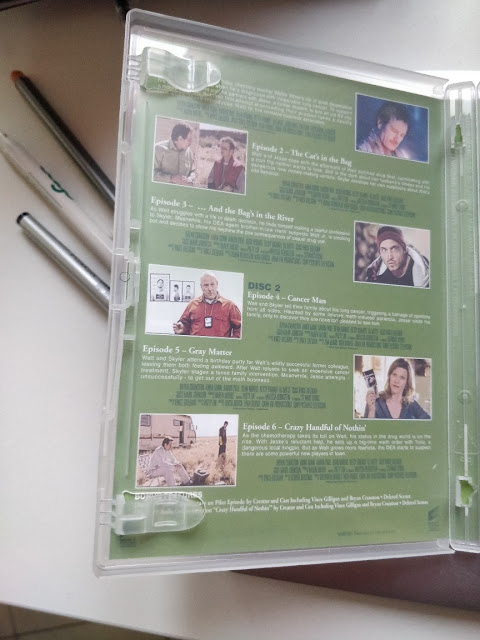 It's violent with it does have human and empathic moments to tone down the horrors. And there is some very dark humour to relieve tension. However  really my kind of series since I like happy optimistic shows. It's just a bit too gruelling for me. I do have a box set so series 2 & 3 to watch I've decided not to watch them, just because its not my thing.

It's an excellent show for what it is, and doesn't glorify the drug trade but on the other hand, I reckon I can spend my time watching happier stuff.  I also have Games of Thrones box set which I haven't being able to watch so it  may be rather than the shows.

Do I recommend it? Yes, if you like crime series and want to see a bigger picture cat and mouse game between the dealers, the authorities and some victims. Not too much of the victims but just enough to show there are victims. Not recommended for folks who like optimistic and positive stuff.