The time management planning is coming along fine, though I managed to overdo it which is a no no. I got engrossed in my assignment and went on until the early hours of the morning which is another no no. Now I'm a bit tired because I have a long day ahead.

However it was because this long distance or correspondence course I am on, comes to an end soon. Well I'm not sure if it had already. I thought I had an extra year but it seems I just delay and procrastinated, and now doing all my planning I found out I actually joined it in much earlier than I thought. The effect of implusive buying things at christmas.

This was the picture of the fireplace in the pub where I had dinner on Sunday. I just noticed that one tile is missing from the fire place and had been put by the side. How interesting. There are a selection of pubs around but this is the one we gravate to most. Nice staff, good food and pleasant atmosphere. 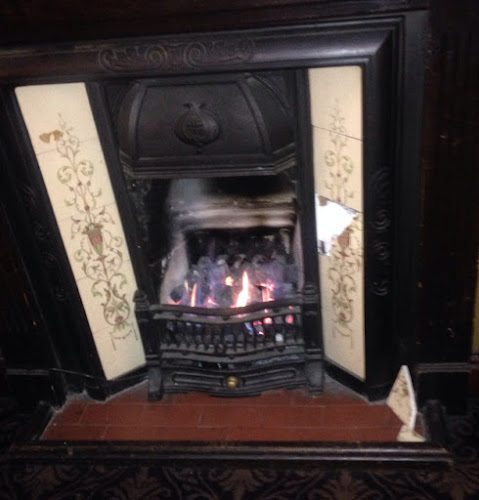 Yesterday was fine, AGG (Accounting Guru and Genius) asked if the christmas and team building lunch had been booked since time was running out. She's the one whose method of time management I'm using. So I summoned all the team and Glamorous was adamant if the christmas menu was rubbish she wanted a steak off the al carte menu.

Apparently the venue said it was either the christmas menu or nothing. To complicated it, we hadn't asked Head Honcho (HH) since he would have the deciding vote on the venue - we had about four in running.

Anyway all is good because HH decided on the venue which unoffically had the team vote. Or most vocal team members voted for. So today is compiling what people want to eat on the menu and sending it on.

Red Jumper came back from his Black Friday day off sporting a new pair of Dr Dre Beats air phones. They were stylish sliver in-ear ones. Cost him about fifty quid. He is our Mr Style.

Maybe I'll call him Mr Style rather than Red Jumper. Only calling him that because a few weeks ago he wore a bright red jumper probably to indicate the Yuletide season. Anyway he was looking forward to Cyber Monday so will get news of his bargains later on today. Yesterday he was wearing a dark tartan jumper and has an array for them. Yeah Mr High Fashion and Style. 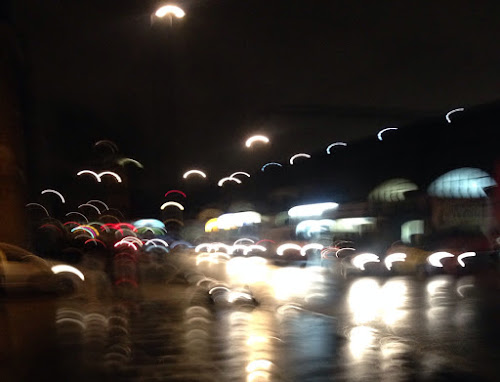 Lots of traffic on the way home and it was very wet. There was also a lot of traffic though I have no idea why. Maybe the weather. It had been windy as of late, and with winter looming round the corner it's getting late. This is a busy road I walk along to get home.

After work went to the library to do the work, come home for a break, then went back to complete it. Left the library about ten pm. I belong to an academic library so it's later opening hours than normal. After which I decided to edit and send off my assignment.

I've updated my to do list, with a few strike offs. I still need to add going to the gym, which I'm paying for. It's nearly a year and I'm probaby a lot heavier than when I joined and been for less than twenty times. An expensive thing. However will need to pencil in sometime.

Downloaded some new ebooks to read. So looking forward to that over Christmas. They are on my kindle app. I do have some paper books to buy but until after christmas they will langush on my checkout list on Amazon. I use one click to buy ebooks.

Momma AG tired herself out after a busy weekend, so is taking it slowly. She did lots after her birthday and I spoke to her about my day. The Beautiful One wants to see James Band Screptre so we will see about it. Maybe on the weekend.

Some NaNoWriMo people are having a drink up, might just go for the sake of it. Or not. Anyways need to dash to work now.