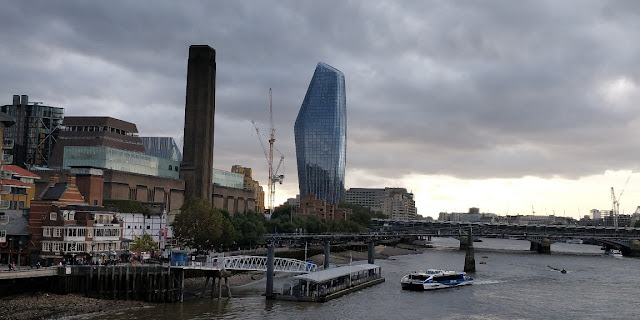 Life simply happened this week with the money I had planned to bank in the money jar. I was organised this week, and took out the full sum of £40 plus I had a pound coin in my bag but then I broke in the one of the ten pounds for lunch. I had a nice vegetarian lasagne at work. It was so delicious that  I'm considering making at home. So that accounted for £4.50. 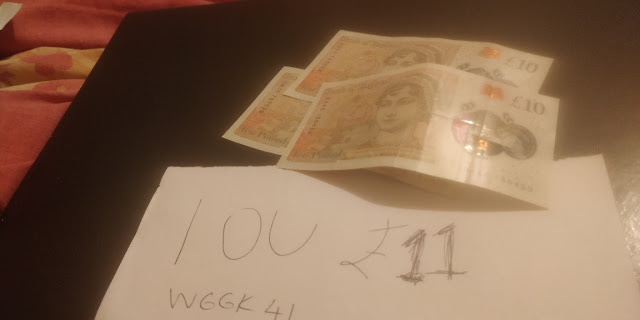 My phone camera is playing up and took the money challenge in soft focus, perhaps that is hint I need a new phone.

That left three ten pound sterling and one five pound notes and a one fifty pence coin. Yes change of £35.50, but I'm not sure where the rest went. I probably bought some breakfast, or chips. It's hard to remember, that's the problem with carrying money around. I probably should have withdrawn it on the day. 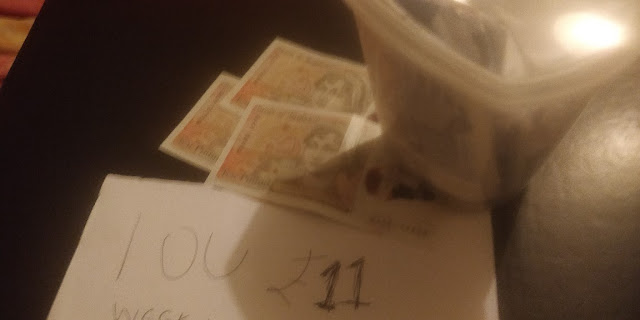 Anyway it just means I only have thirty pounds in cash this week for the money pot.